The Museum’s exterior spaces showcase science and innovation, too!

Buy Tickets
Where:
Outside
Tickets:
Included with Admission
Age:
All Ages
Home | Explore | Things to Do | Step Outside

There’s so much to do inside, you might forget about the great stuff we have outside, but don’t!

Step outside to appreciate the history of the Museum’s building, which extends back 100+ years ago when Broad Street Station opened as a vibrant, fully operational passenger train station. To celebrate the legacy of the site, and recognize the technological innovations involved with rail transportation, the Museum has several train cars sitting on the tracks for guests to view. Those include the luxurious Car ONE, a bright yellow Chessie System Caboose and a RF&P Kitchen Car.

See the world’s first aluminum submarine, the Aluminaut, developed by Richmond-based Reynolds Metals Co. Once you’ve docked, stop by the BayScapes Garden to learn about using native plants in an environmentally sound method of landscaping or check out the Pollinator Garden to learn about attracting birds, bees, moths and other insects that help pollinate crops and trees.

Finally, head around front to check out Mary Morton Parsons Earth-Moon sculpture “the Kugels.” At the time it was dedicated in 2003, the 29-ton solid granite globe of the Earth Kugel – that can be moved with your bare hands thanks to a jet of water – was the Guinness World Record-holder. Follow the brick pathway to the Moon Kugel, a smaller sculpture that demonstrates distances and proportional size of the Earth and moon.

What are you waiting for?
Buy Tickets 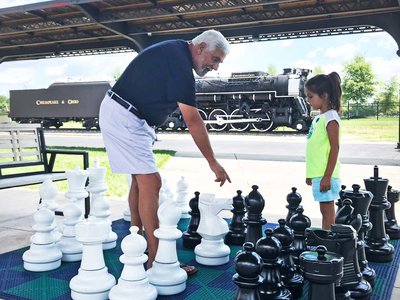 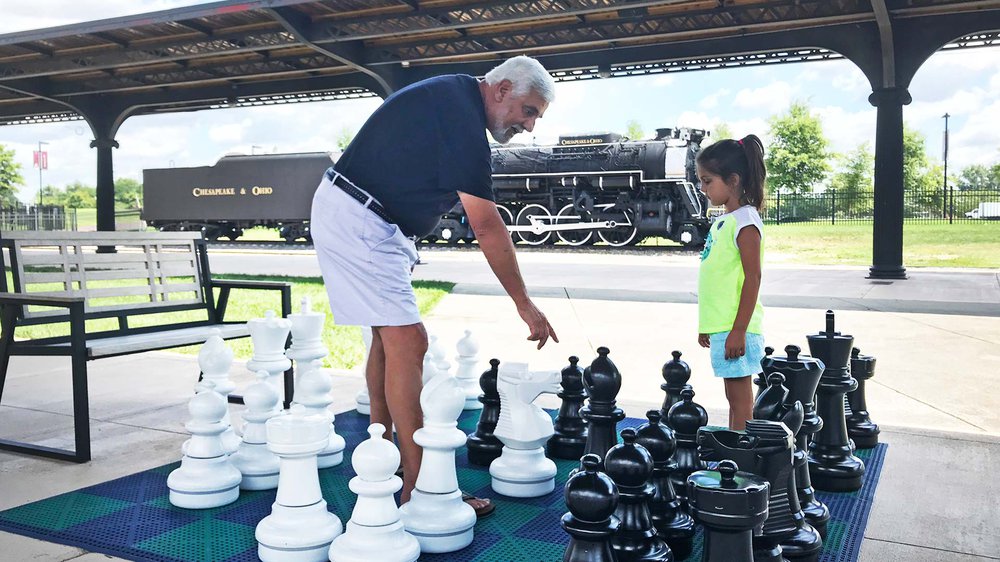 What are people saying?

"The greatest children/adult experience I have had in a very long time."
Doug L., Google

From rain barrels to a green roof, we keep a green campus and have plenty of pointers on how you can do the same.
View Details
Blog
History • Museum Life