Question Your World: Is There Another Earth?

Posted: May 31, 2017
Astronomy • Earth Science • Energy • Inventions
ScienceMuseumofVA · Question Your World - Is There Another Earth?

For 250,000 years, humanity has looked up at the vastness of the night sky and wondered what else could possibly be out there. Over the years our search has become a bit more fine-tuned, but we still ponder that big question, if we’re alone in the universe or if there’s possibly another place that could host life. Right now astronomers are thrilled to hear rumors about a big announcement that the European Southern Observatory will make in a few weeks. Word on the street has it that they’ll be coming closer to answering a massive question, Is there another Earth-like planet somewhere out there?

As far as we know, our precious blue planet is the only place in the known universe that hosts life. This, of course, is a massive assumption and is based on very little empirical evidence. We have done very preliminary surveys of the stars and have concluded that there are many viable options for places that could host life, but no hard evidence that a place does. One of the big reasons for this is the fact that we live so far away from all those star systems. Keep in mind, space is bigger than big, it’s, well, the ever expanding universe!

Finding a potentially habitable planet is one thing, but getting there would require tens of thousands to billions of years of commute time, depending on where we’re headed. So, this big news from the European Southern Observatory is going to be so very important. Not because of the planetary find, but because of its location. Folks, it’s all about location, location, location! Our sun is one of the billions of stars in our Milky Way, some are relatively close while others are so far away that it would take literally billions of years for us to reach them. What makes these current rumors so exciting is that they are about a potentially habitable planet which happens to orbit the closest star to us, Proxima Centauri. In other words, we may have neighbors or at least another spot to check out on our cosmic block. 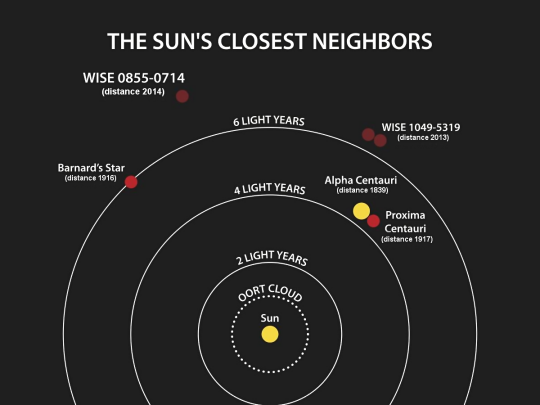 So, there’s good news and bad news. As always, let’s start with the bad news first. A lot of people out there love to explore and visit exotic places, especially scientists. However, let’s not get too excited just yet. Proxima Centauri is the closest star to our solar system, but it’s still a whopping 4.2 light-years away. Consider the distance light takes to travel in a year, about six trillion miles! Using the fastest spaceships that we have available right now, we would still need roughly 73,000 years to get from Earth to Proxima Centauri. That does not even factor in how we would keep literally generations of humans alive, feed them, and provide them with the ability to grow in knowledge and technology while off the Earth. So, prospects of using current mechanisms and technologies to learn more about our cosmic neighborhood does not suggest productive results in the near future.

The good news, however, is simple and awesome. We humans tend to use critical thinking and inventions to help us understand more about the natural world. With that said, there have been a bevy of ideas presented that could make the exploration of the galaxy much more possible, provided we put proper education and funding towards them. Stephen Hawking recently announced a pretty amazing idea that could cut the entire trip from here to Proxima Centauri down to just 2 decades. The Breakthrough Starshot project would be able to get small robotic spacecraft to our nearest star in just twenty years. The more we promote these ideas and educate the masses on these opportunities, the closer we get to answering that age-old question, are there other Earth-like planets out there. The momentum of those projects is truly in our collective hands.

In the meantime, the news of a potential Earth-like planet being so relatively close to us is pretty awesome stuff. For now, we’ll have to patiently wait till the European Southern Observatory goes public with the official release, but exciting news is always something to look forward to. Who knows, perhaps by this time next month, we’ll be having a much larger global conversation among the science community on the possibilities of knowing more about this potential home away from home.