Augusta Ada, Countess of Lovelace, (1815-1852) is often referred to as the first computer programmer. Most frequently called Ada Lovelace, her father, the scandalous poet Lord Byron, was the Victorian equivalent of a rock star, so Ada was famous from birth. Her mother, Lady Byron, had received an education in mathematics, unusual at the time for a woman. She was very afraid her husband’s wild traits would be shared by her daughter, and hoped that educating Ada in mathematics would prevent it.

In 1833, when she was 17, Ada met a famous inventor and mathematician named Charles Babbage, who had built a series of clockwork calculating machines. Since all complicated mathematical equations at the time were done by hand, errors in everything from navigation to engineering were common and could have disastrous results.

Charles built his machines to make perfect calculations without error. Ada was fascinated with plans for his biggest one ever, the Analytical Engine.

The Analytical Engine would have been a giant clockwork machine the size of a small locomotive, with a steam engine for power. It had all the components of a modern computer, including working memory, a central processor, programs on punched paper cards and even a printer! Ada worked closely with Charles on his plans for the Engine, and was very excited about its possibilities. 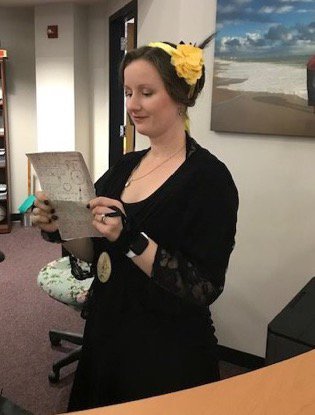 It’s not just Museum robots that are inspired by Ada Lovelace – last Halloween our own team member, Ada, chose to celebrate her namesake with her costume!

In 1843, Ada published a translation of a paper on the Engine written by Italian engineer Luigi Menabrea. Charles told her that she knew so much about the Engine that she should have written a paper herself, so she did. Ada wrote her own notes to accompany Menabrea’s paper, and included the first published description of how to program the Engine to solve a mathematical problem. But most importantly, it included Ada’s own revolutionary ideas about what the Engine could do.

Ada wrote that the Engine “… might act upon other things besides number ... the Engine might compose elaborate and scientific pieces of music of any degree of complexity or extent.” In other words, she believed the invention could not only calculate to solve equations, but it could do anything that humans could program it do!

This crucial insight, more than anything else, makes Ada a pioneer in computer programming. Charles only wanted a giant calculator, but Ada realized the Engine could do much more. This might seem minor as today we are surrounded by devices that make thousands of calculations a second, but Ada’s understanding the potential of a computing machine in the mid-1800s was revolutionary. It provided a foundation on which to build an entire new branch science: computer programming.

The Analytical Engine was so far beyond the manufacturing capabilities of its time that it was hugely complicated and expensive to build. Unfortunately, though parts of it were manufactured and modern researchers say it could have worked as designed, the Engine was never completed in their lifetimes. Ada died of cancer in 1852 at the age of 36, and Charles died in 1871 at the age of 79. 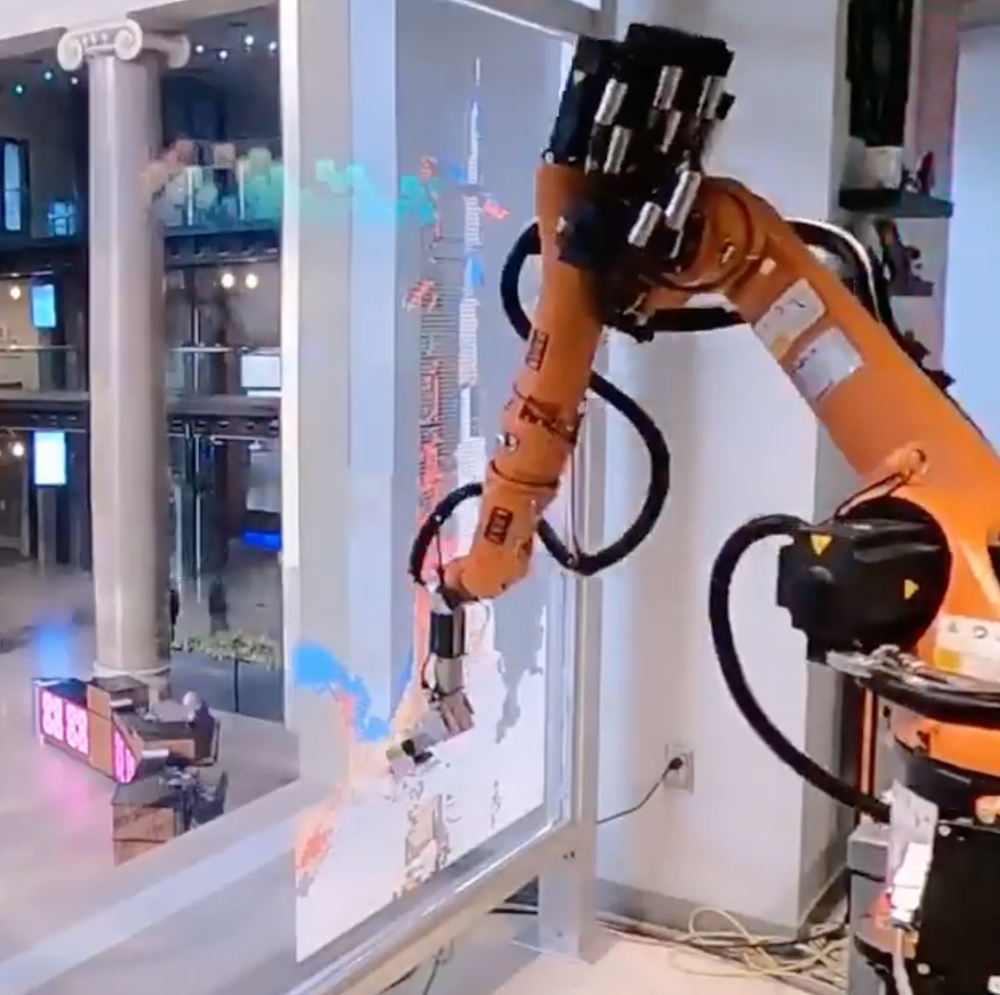 While they may not have lived to see it, we may have the chance to see the Engine run Ada’s program one day. A group of international researchers is trying to try to build a working Analytical Engine.

Though Ada never saw her program used as intended, she has become an inspiration. The first standardized computer program used by the Department of Defense was named Ada in her honor. Her work influenced Alan Turing’s test of a machine’s ability to exhibit intelligent behavior indistinguishable from that of a human.

Here at the Science Museum of Virginia, our drawing robot in The Forge is also named Ada. Our Ada is a KUKA Robotics KR 5 Arc robot with long arm and six axes of rotation to accommodate rapid, repetitive and precise motions within the width of a human hair. Ada uses paint markers to translate computer code into pictures for guests. It’s not just Museum robots that are inspired by Ada Lovelace – last Halloween our own team member, Ada, chose to celebrate her namesake with her costume!

The second Tuesday of every October is International Ada Lovelace Day. This holiday celebrates women in STEM fields, and encourages girls to pursue careers in science. It’s also a reminder that map apps calculating the fastest route, commercial airlines providing real-time flight data, traffic lights adjusting wait times based on vehicle volume, email providers sorting messages into a spam folder and social media sites grouping conversations based on hashtags are just a few of many examples of how humans have built upon Ada’s idea for computer programming by developing technological advances that are reflected in artificial intelligence and machine learning that we rely on today.