Question Your World: How Do Scientists Know Where One Specific Mammoth Traveled?

Science learns from past events to understand how things work today, but sometimes science uses how things work today to better understand the past! Recently scientists reconstructed the prehistoric travel log of a wooly mammoth that lived in Alaska more than 17,000 years ago by applying present-day knowledge to the geologic past. So, how did some folks figure out a particular animal’s 17,000-year-old life-long travels? Why, science, of course!

ScienceMuseumofVA · Question Your World - How do scientists know where one specific mammoth traveled?

By using chemical clues in the ancient beast’s tusks, scientists were able to uncover this one particular mammoth’s journeys. As a mammoth’s or an elephant’s tusk grows throughout its life, it takes on the chemical characteristics of its environment along the way. This is because plants that the animal eats take on the particular chemical “flavor”—or the isotopic signature—of the rocks and soils in which they’re growing. Think of these like a chemical GPS for the mammoth’s food. Much like a tree ring, this chemical variation in the tusk allows researchers to better understand where the animal was and what it was eating throughout its life. You know that old saying: “you are what you eat!” 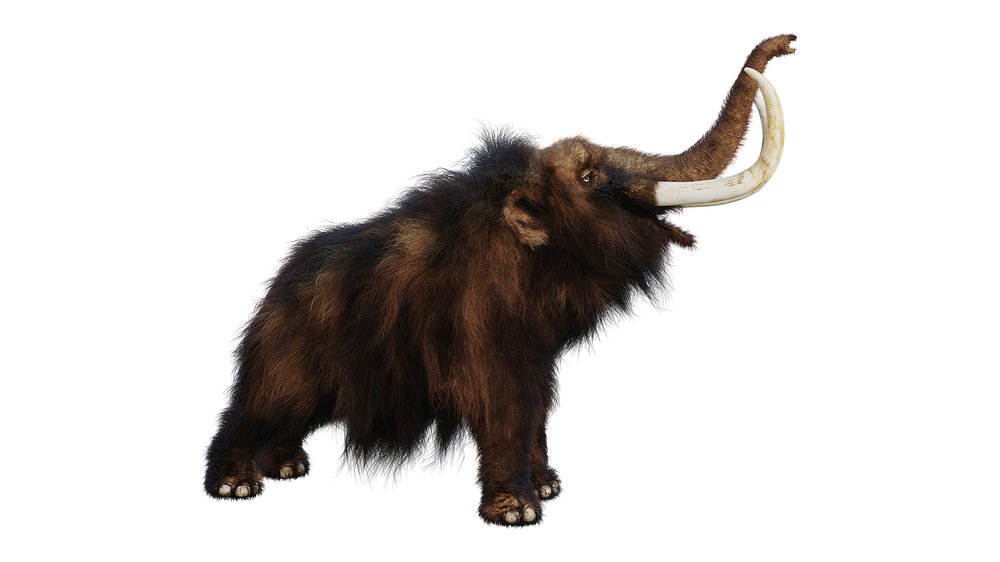 So, what did they find? They were able to piece together the life-long travels of this one particular creature. In its youth, our mammoth didn’t move around too much, growing up in the lower Yukon River Basin in central Alaska. As it got older, it broke from the herd and started to travel further on its own, just like lessons learned from studying modern-day elephants.

Toward the end of its life, in its late twenties, it was living in an area just north of modern-day Brooks Range in Alaska. Sudden spikes in the nitrogen levels in its tusk are indicative of severe nutritional stress, making it likely that it died of starvation following a super-cold winter. It was the ice age, after all.

It’s estimated that this mammoth took enough steps in and around present-day Alaska to equal circling the Earth twice. Not bad for a creature under 30 years old!

Now scientists can begin to ask the next question: if a mammoth traveled so much, how did it carry all it’s stuff everywhere? The current hypothesis: in its trunk!

Question Your World: What Are the Stranger Things in Science?