Question Your World: Is the Little Drummer Boy’s Brain Different?

Ah yes, the holiday season when many annual traditions enter our lives once again. Tacky sweaters, bright lights strung up all over the place, nonstop holiday snacking and those classic holiday jams on the radio.  This time of year, classic holiday songs are heard blasting out of speakers all over the nation. One of those timeless classics is "The Little Drummer Boy", classic or Bowie version, both can be frequently heard this time of year. We thought to take this opportunity to chat about this classic holiday song and some breaking science news. Is The Little Drummer Boy's brain different?

ScienceMuseumofVA · Question Your World - Is The Little Drummer Boy's brain different from others?

Earlier this year, we explored how left-handedness can be seen in the brain. Pretty neat stuff, tracing our handedness preference all the way to our cellular scaffolding! Well, now a group of scientists are interested in why it is common for humans to be asymmetrically handed, but why it is super rare for humans to be able to do complicated stuff with either hand at equal skill levels.

To study this, researchers looked at the brains of professional drummers, a unique population of individuals who are able to perform complex motor tasks with their limbs independently! Turns out that the brains of drummers have some interesting differences as compared to the brains of folks who don't play a musical instrument. 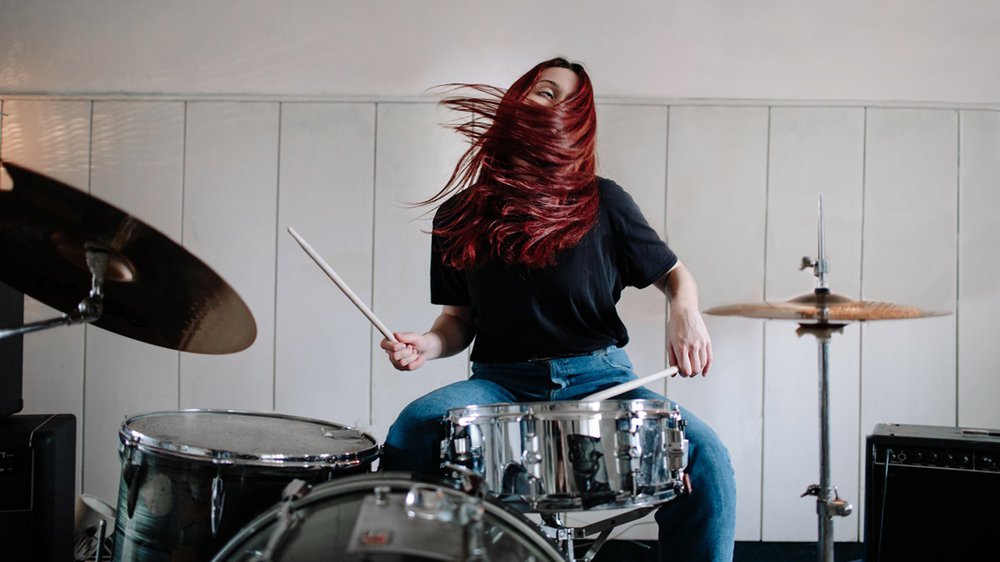 While the results are pretty hard to *beat*, I’d like to first *snare* your attention to a brain anatomy lesson:

1, 2, 3, 4 - our brains are organized into two halves or hemispheres connected by fibers called the corpus callosum. Each brain hemisphere controls one side of your body. This connecting fibrous tract has important functions including transmitting information between the two hemispheres.

So what did they learn from this study? Drum roll please.

Interestingly, portions of a drummer’s corpus callosum, which connects the two hemispheres, were observed to be thicker. This could mean a lot of things, but researchers believe it’s mostly because the two hemispheres of drummers’ brains communicate in a more efficient way! Additionally, the portion of the brain called the motor cortex, in charge of movement, activates in a more efficient way in drummers as well.

This research connects a few more pieces of the massive puzzle that is the brain and further supports how learning a musical instrument can actually change the brain. Once scientists solve the mysteries of drummers’ brains they can move on to the next greatest challenge known to humanity, getting a drummer to a gig on time. One day, folks.

All joking aside, drummers are lovely folks, most of whom do make it to gigs on time, and they have a great sense of humor. We imagine The Little Drummer Boy too would crack up over these classic drummer and musician jokes!