Twinsies! Just like the Empire State Building, our building is 350 million years old. Well … sort of. While Broad Street Station’s construction was completed in 1919, the Indiana Limestone used to build the impressive structure is prehistoric.

So what is Dr. Hoffman doing as he scales the walls and peeks around corners? He’s searching for fossils, of course! 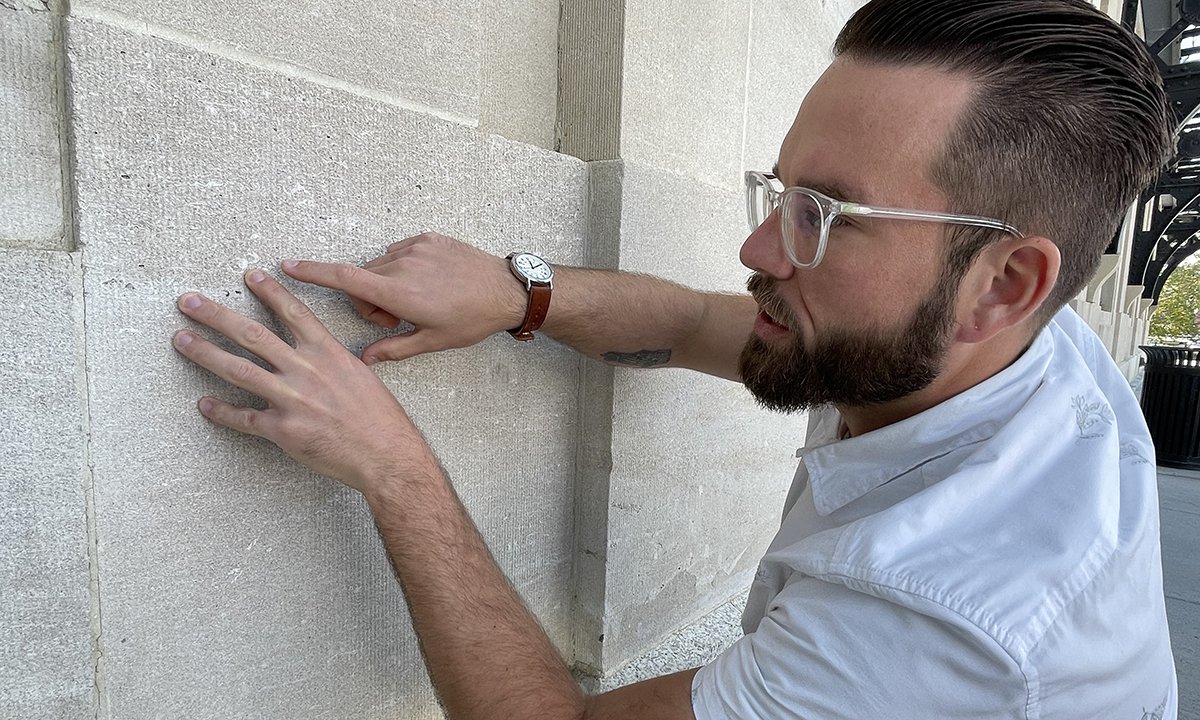 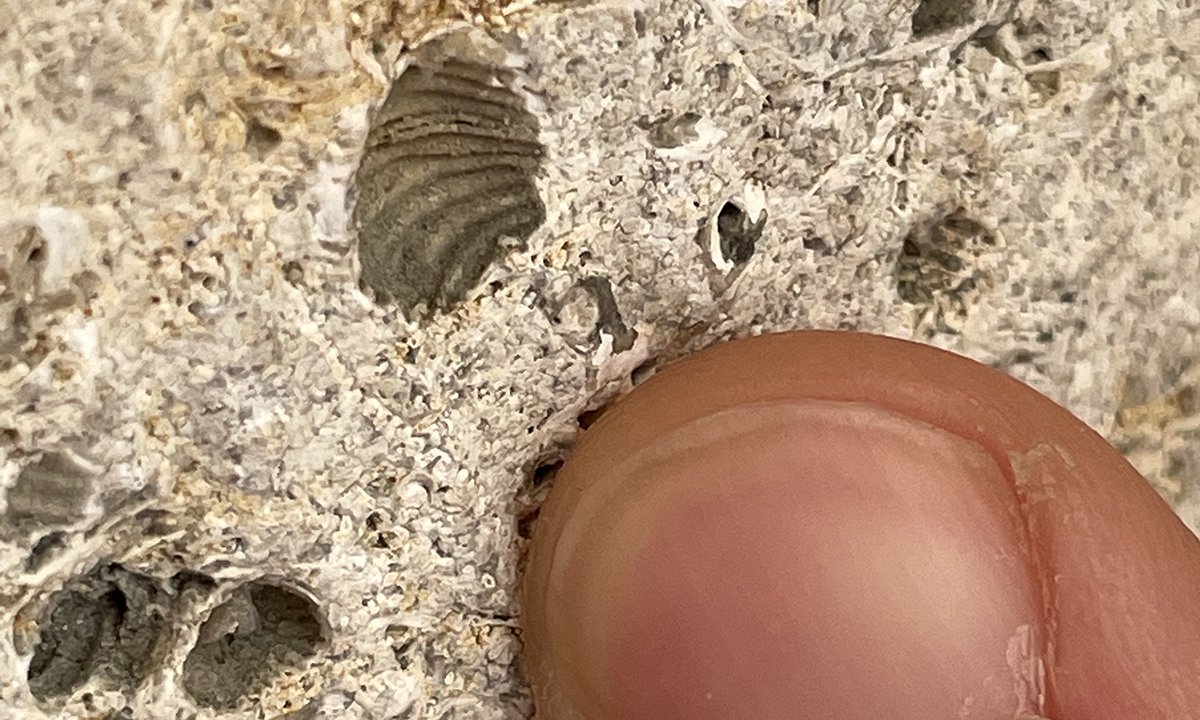 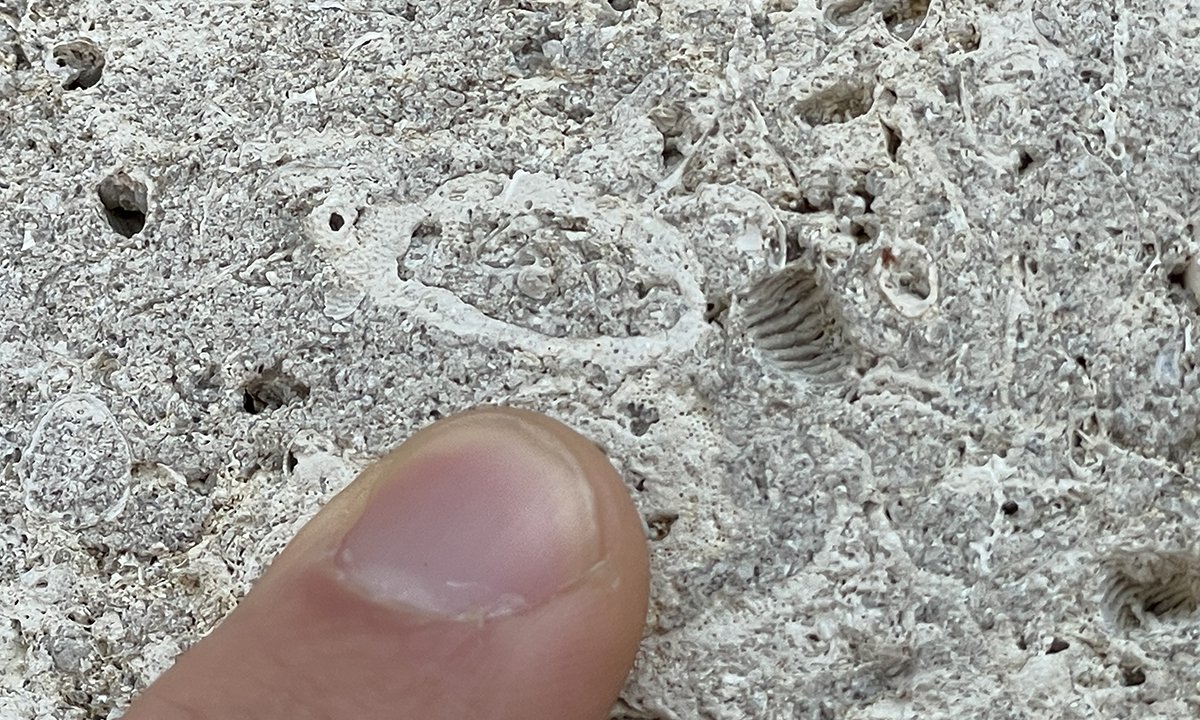 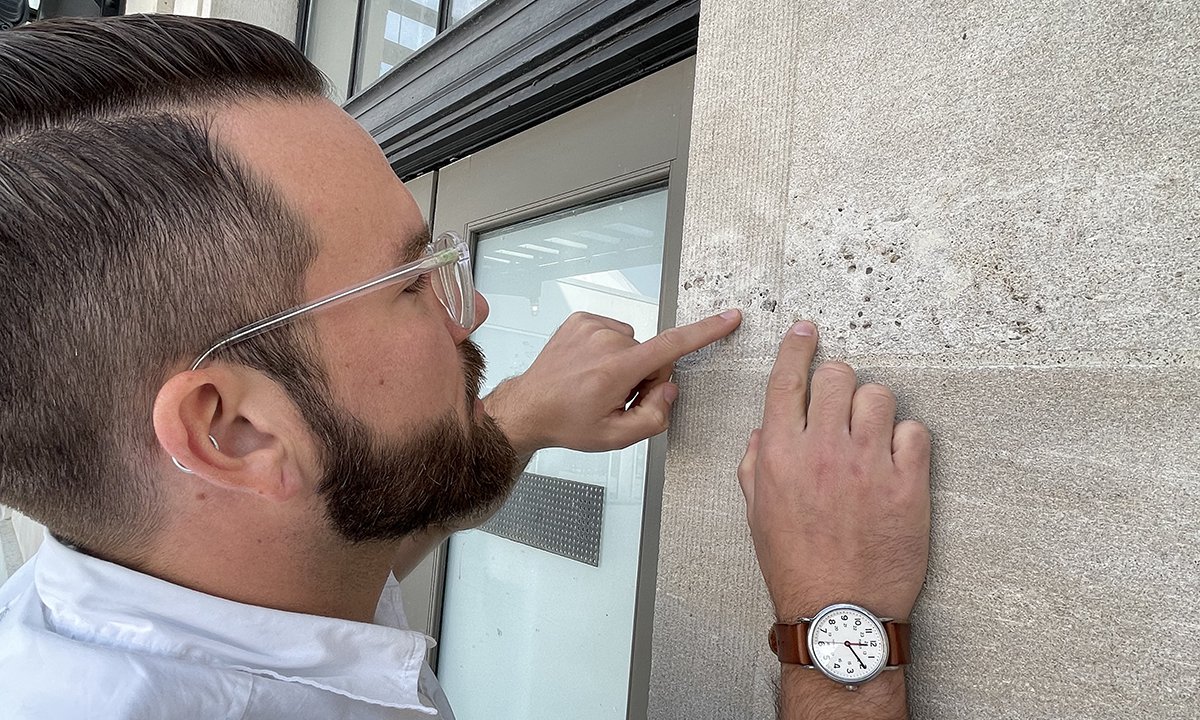 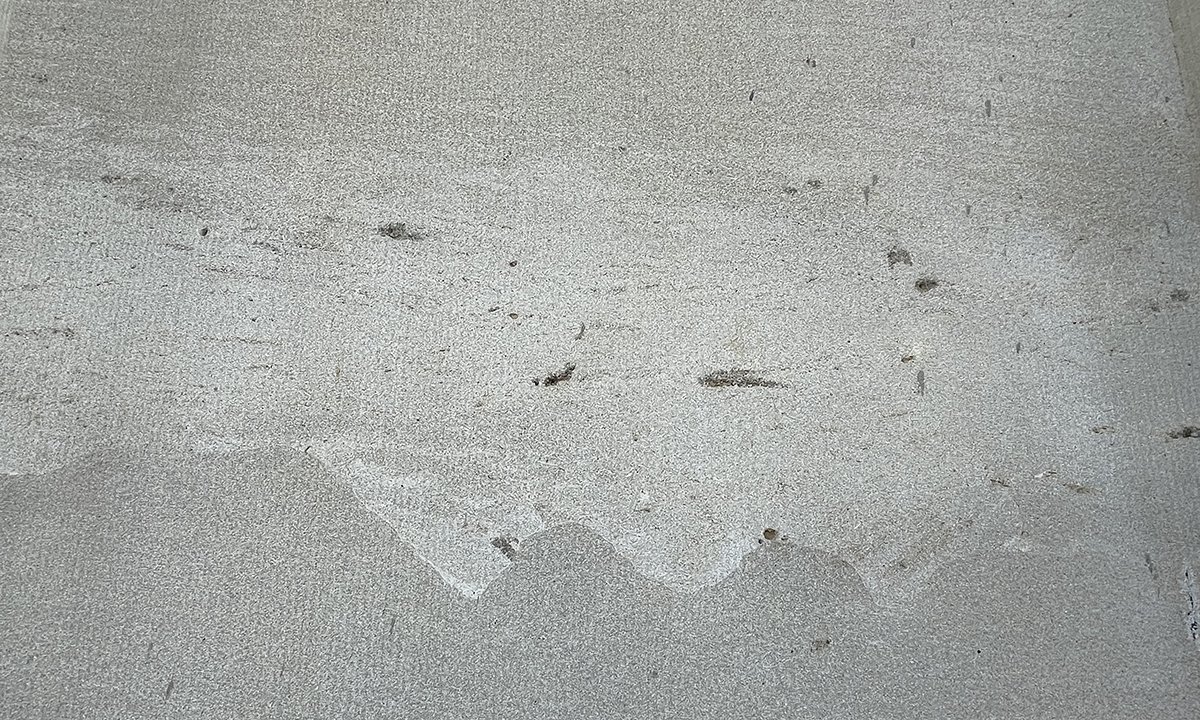 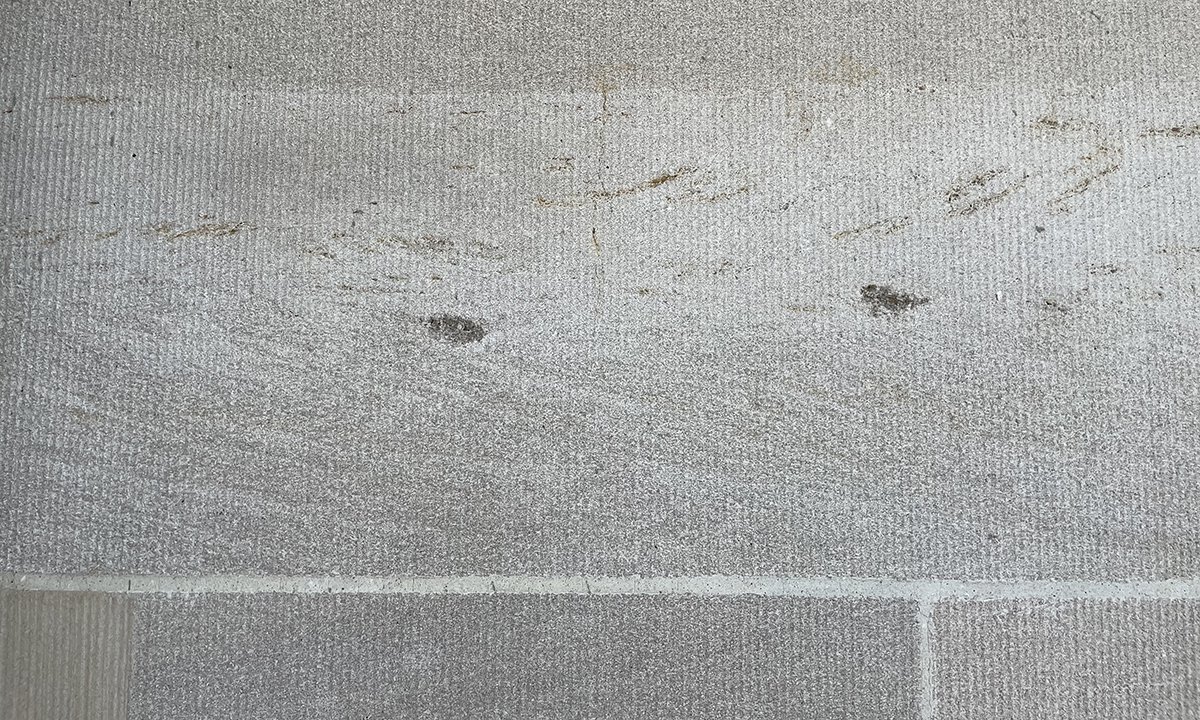 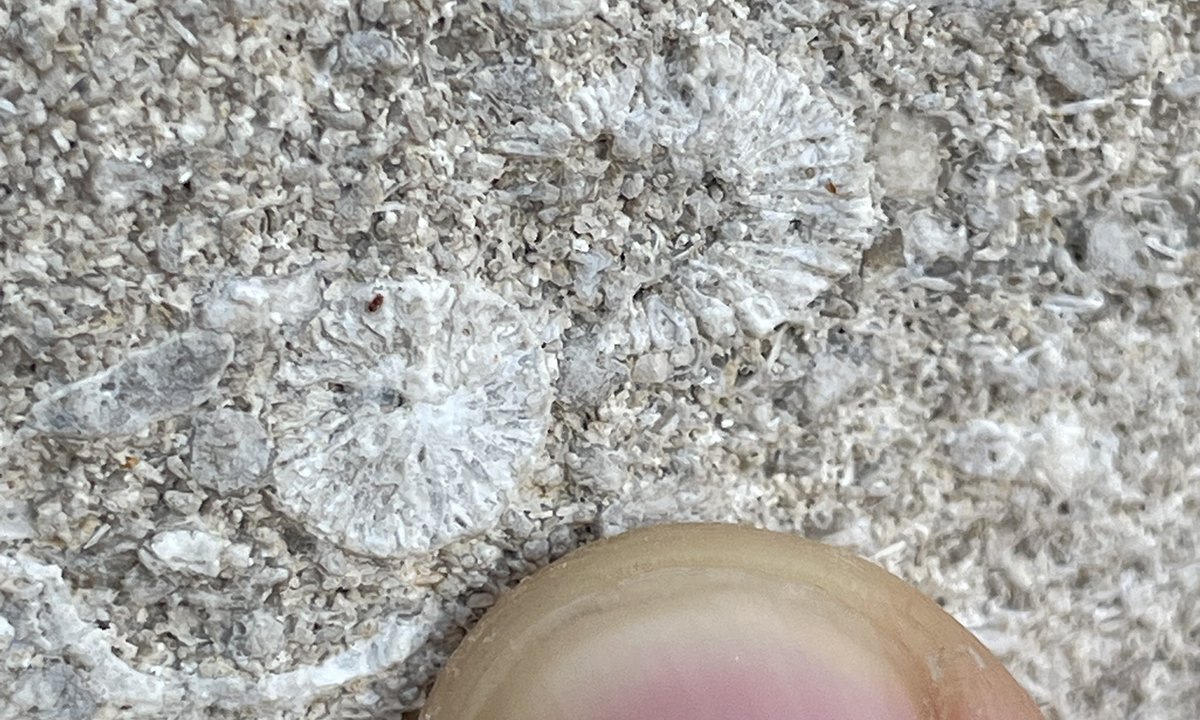 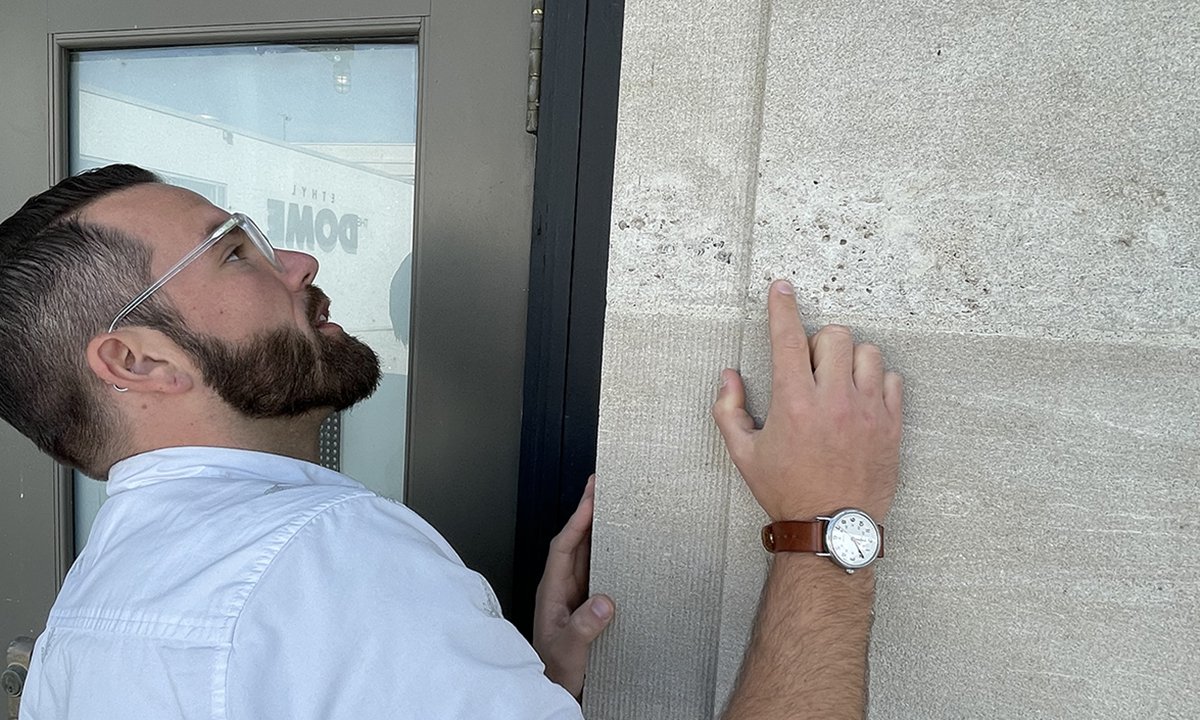 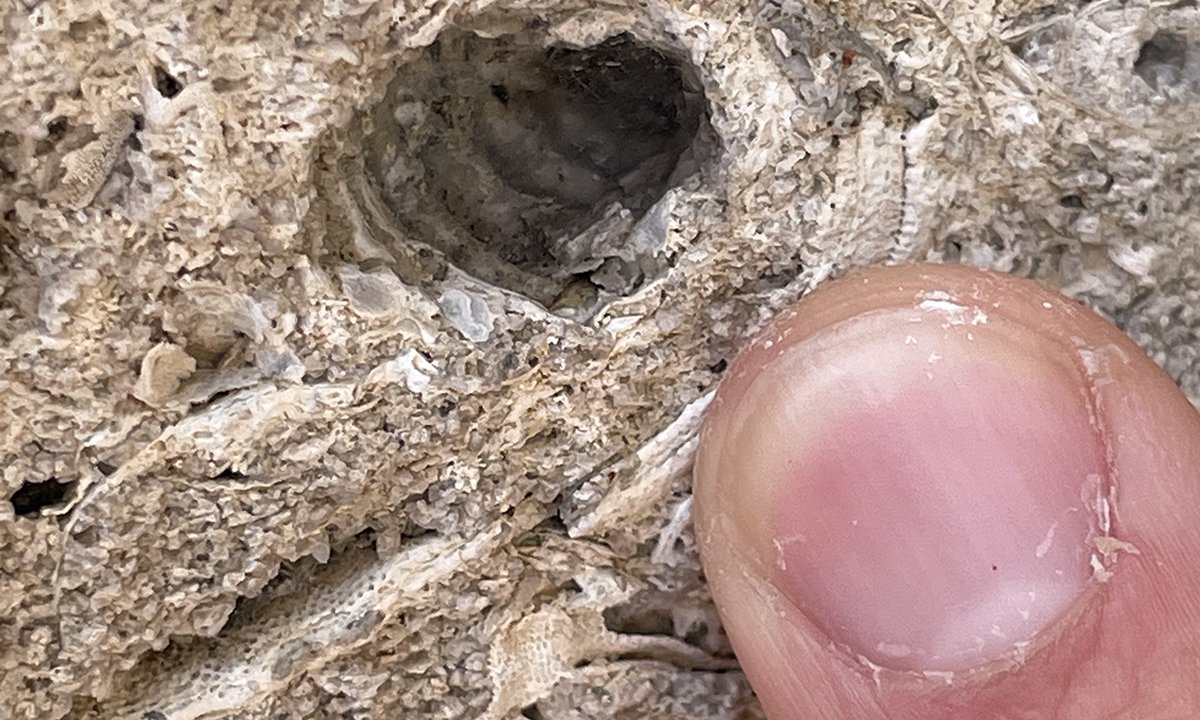 Perhaps you’ve never looked closely at our limestone façade, but you can see tiny fossils embedded into the walls. That’s right, the remnants and impressions from species that lived millions of years ago pepper the stone for all to see if you just look closely.

Indiana Limestone - also known as Salem Limestone - contains a wide variety of fossils, including snails, corals, brachiopods, bryozoans and crinoids. And it's not just critters you’ll notice: there are several examples of a geological feature called crossbedding.

Crossbeds formed from constant wave action in shallow ocean conditions. As coarse sand moved across the seafloor, the small fossils and fossil fragments formed grain-like patterns in the rock based on wave and current direction. They almost look like paint brush strokes or the structure of a sand dune. Which makes sense as the Science Museum’s home is certainly a work of art!

Question Your World: Why Does Old Fungi Matter?