Imagine the Earth as a hardboiled egg with a cracked shell. Liquid material inside the egg might escape through the cracks, just as can happen along cracks in the Earth’s crust.

The Earth’s crust consists of large masses of rocks called tectonic plates that “float” on a thick layer of very hot rock called the mantle. The rocky materials in the mantle flow somewhat like hot asphalt due to intense heat and pressure deep in the Earth. The flow of the mantle is what causes the tectonic plates to move. 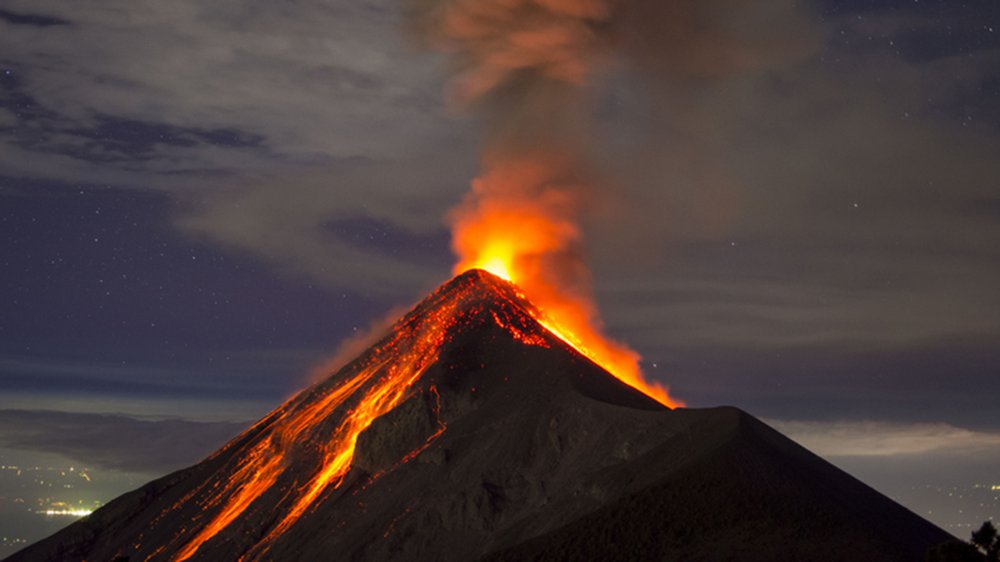 So what does this have to do with volcanoes?

A volcano can form when hot, molten material from the Earth’s interior erupts through a crack in the crust and onto the Earth’s surface. This hot material or molten rock is called magma when it’s underground and lava once it’s on the surface.

So how does a volcano form? There are three primary reasons that magma might erupt onto the surface as a volcano. 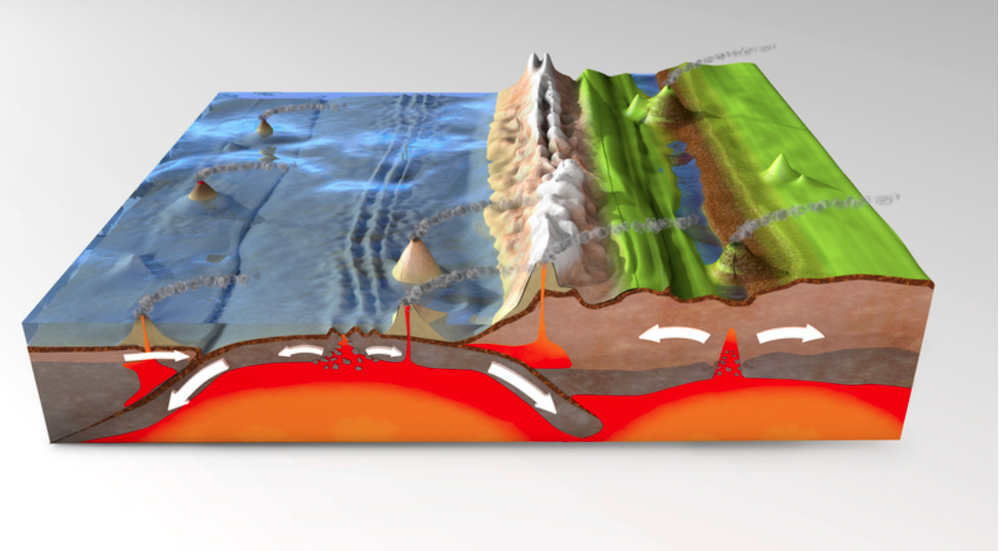 Hotspots are thought to be stationary under the crust, but as the tectonic plate moves over the stationary hot spot, a chain of volcanoes can grow and decay over geologic time. As the volcano moves further from the source of the magma (the hotspot), volcanic activity wanes and eventually ceases altogether, and another, new volcano begins to appear

The Hawaiian Islands were all formed over the Hawaiian Hotspot. Their tectonic plate is moving northwestward, so the southernmost islands are younger, geologically speaking, than the northern ones. Currently, the big island of Hawaii sits over the hotspot, hence the recent volcanic activity at Kilauea. However, the Loihi Seamount off its southeast coast is showing signs of possibly becoming the next member of the Hawaiian island chain in the near geologic future. 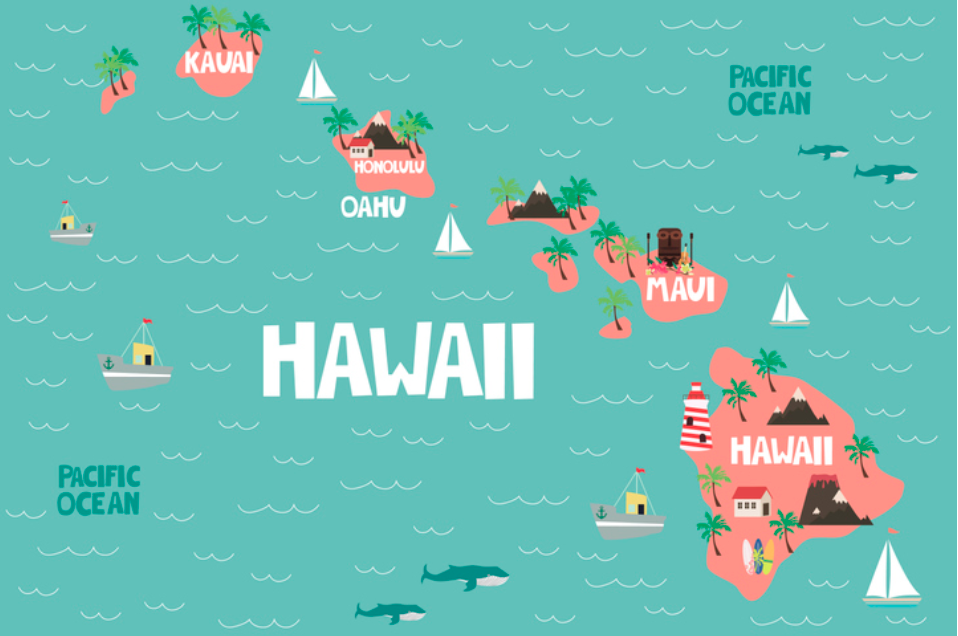 Volcanic eruptions can be destructive. For example, the eruption of Vesuvius in 79 AD buried the cities of Pompeii and Herculaneum. Fortunately, scientists have developed efficient and accurate equipment to monitor volcanoes for unusual activity, such as earthquakes, ground movement, gas emissions and other factors. Knowing what is happening in real-time allows them to communicate accurate warnings to the public to prevent potential loss of life and property.

Love volcanoes? Learn more about volcanoes' awesome power of creation in Volcanoes: The Fires of Creation now showing in the Dome.

Credit: all images via Getty Images