For quite some time, we’ve seen science reports about the impact of junk food on humans. Similarly, we’ve seen lots of papers on what poor sleep does to people. These two vital needs extend far beyond just us humans. A recent study on the impact of junk food on sleep is raising some big questions for scientists studying free roaming bears. This is a very interesting study and another reminder on why we Virginians must be careful when discarding waste, especially in areas with black bears. What does junk food do to bears?

ScienceMuseumofVA · Question Your World - What does junk food do to bears?

A recently published study is providing more evidence that junk food and lack of sleep can make things pretty grizzly! Well, grizzly’s not accurate. After all, this is a story about black bears. A team of scientists just studied the diets of 30 female black bears roaming free in Colorado and observed the impact of junk food on their sleep, and ultimately, their overall health.

They said the bears’ diet was comprised of up to 30% processed food, primarily from poorly managed trash areas. Much like humans, bears too can be impacted by junk food. In this case, the bears were seen to hibernate for shorter periods of time. Previous studies about hibernation on mammals show that these seasonal metabolic slowdowns delay the process of aging.

So, to study their aging, scientists tested them at the cellular level. While there are a myriad of factors involved in aging, one way to see it in action is through the loss of telomeres, the cellular end caps of our DNA. Over time DNA replication causes these telomeres to fall off until they’re unraveled and the cell dies. The bears that hibernated for shorter periods of time had telomeres that had shortened more quickly than other bears.

This finding is not definitive proof that lack of sleep impacts them at the cellular level. More testing is needed to see if any other variables are involved, but it’s certainly suggestive and requires more long term studies. Other scientists have looked over these findings and agree that, after more testing, we should be able to narrow down the variables and better know exactly how this relationship between lack of sleep and aging in bears works. They also agree this study is a great start towards getting the answers.

Regardless, this is a good reminder to us humans that our waste must be taken seriously because it has immediate and scientifically observable impacts on the world around us. Our food waste is an especially big issue considering our continually growing population. More people simply means there will be more waste, so finding a solution is quite important. Each year we produce about 2 billion tons of wasted food. That is enough to cover the city of Richmond in a three story high pile of discarded food. That's a lot of waste for us to keep away from our native animals. 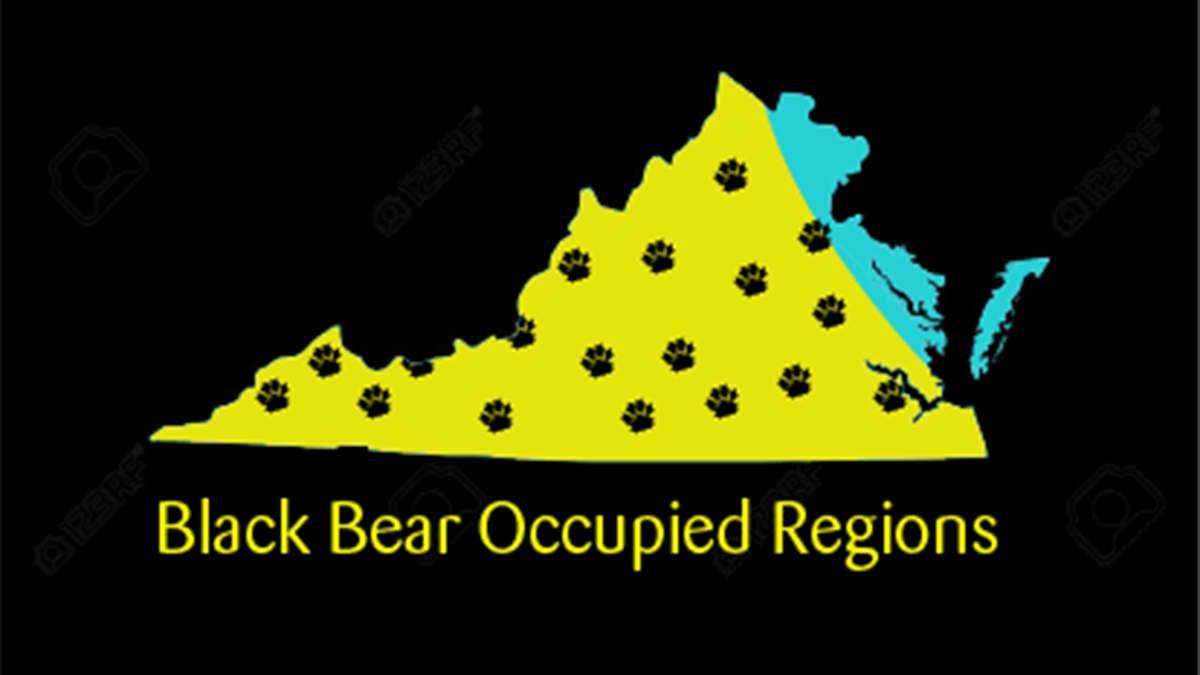 This story rings true for Virginians as well. One of the coolest things about our state is our amazing black bear population. These beautiful animals can be found basically all over the state and often share ranges with us. Our diet’s impact on the other animals by way of trash is something that we can address. The Virginia Department of Game and Inland fisheries has a great resource for folks who live near black bear populated areas. Using proper food storage methods at parks and making sure your home food waste is properly secured are simple ways to personally make sure your waste is properly taken care of. Beyond that, finding ways to reduce overall trash from your home and your community are also great steps in moving towards a cleaner future in regards to our relationship with the world around us.

For now, more research will continue on this intriguing chain of impacts from junk food to lack of sleep to aging. Looks like mom was right all along though. Too much junk food and not enough sleep, can make things pretty un-bear-able.

Question Your World: Why Does Stress Eating Feel Good?

Question Your World: Are We Changing How We Eat?