Question Your World: When Did Our Ancestors Start Cooking?

Happy Thanksgiving, everyone! On this holiday, we take a moment to spend time with loved ones and do one of the most human things ever: cook lots of food!

For the occasion, we’ve got quite the family + cooking food story for you. This one goes out to the whole human family! One of the traits that makes our species so unique is our ability to cook food. There are no human populations on Earth who don’t cook food at this point. Yes, even college students cook their ramen!

ScienceMuseumofVA · Question Your World - When did our ancestors start cooking?

A new discovery is reshaping how scientists look at the timeline of when food was first cooked here on Earth. There are several sites showing evidence of burnt bones and charcoal that date back 1.5 million years, attributed to our relatives Homo erectus, but those are only circumstantial signs, not direct proof of intentionally cooking something. Much closer to us … our direct human family, Homo sapiens, left evidence of cooking starchy plants in an underground oven in Africa dating back 170,000 years ago. But now a new discovery along the Dead Sea in Israel is pushing the cooking-on-Earth timeline back, way back!

A 780,000-year-old site has just been spotlighted by a team of researchers that could be the earliest evidence of hominids cooking food! Further research and work is needed, but they have a pretty strong case here.

The team studied teeth from freshwater fish at an archaeological site by doing a X-ray analysis. These little teeth had crystal structures inside them that form at temperatures of around 200°F to 500°F. 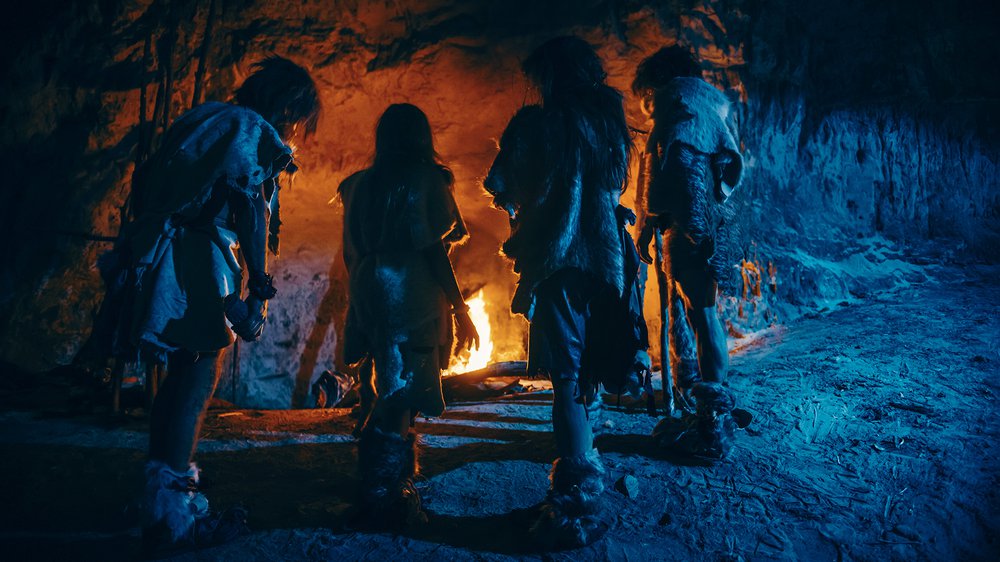 The temperature is important because it rules out the chances of it being just a random fire, which would burn around 1,000°F and up. This would be too hot for those specific crystals to form. Researchers are suggesting these crystals as a likely result of a low temperature controlled burn. The hypothesis here is these were perhaps put in leaves or clay or something then subjected to a controlled source of heat, aka intentionally cooked!

This particular region has also produced other archeological evidence ranging from tools to various food items like nuts, seeds and fruits ... all very handy for cooking! 780,000 years ago is long before Homo sapiens appeared on this planet, making this proto-chef a distant relative of our current human family, most likely Homo erectus.

Another interesting aspect of this discovery is it may show the vital importance of wetland habitats for human migration. Going from one freshwater habitat to the next could have been a way for hominids to leave Africa and ultimately explore the globe. Afterall, freshwater habitats would provide the water and nutrient-rich foods needed to sustain a growing family … and, in this case, a growing species.

Sure, it’s a very different experience than our modern kitchens and food options, but hey, you gotta start somewhere! And for hominids, this very well could be the earliest evidence of cooking in our family lineage.

There you go, some historic context and some food for thought as you gather with your crew. This even gives you a noncontroversial topic to talk about at the dinner table!

From all of us to all of you, Happy Thanksgiving!

Question Your World: How Long Has Humanity Been Visiting Relatives?

Cooking With Chemistry: The Science Behind Your Thanksgiving Meal

Question Your World: How Is AI Discovering Extinct Human Relatives?