Question Your World: Who Always Has Small and Select Thanksgiving Gatherings?

Thanksgiving in 2020 will be a little different ... just like the rest of the year, basically. While we gather in very small groups for the holiday to stay safe and healthy, let's take a moment to be thankful for the many brave and smart men and women that have pushed science advances forward with only small gatherings. Who always has small and select Thanksgiving gatherings?

To prevent the spread of COVID-19, we are all being encouraged to have very small and select gatherings for Thanksgiving this year. Of course normally we’d have folks traveling long and tiring journeys, having uncomfortable political conversations with relatives, or trying to keep track of the six hyper kids running all over the house breaking stuff … ah, yes, family. But this year, sadly, we will have to attempt to simply enjoy a quiet and smaller occasion.

This may be new to a lot of folks, but there is one place that has always had small and peaceful Thanksgiving gatherings, a place where this year is no different than any in the past, where small gathering for Thanksgiving (or any other day) have been the only option for the last twenty years ... we're talking about the International Space Station! 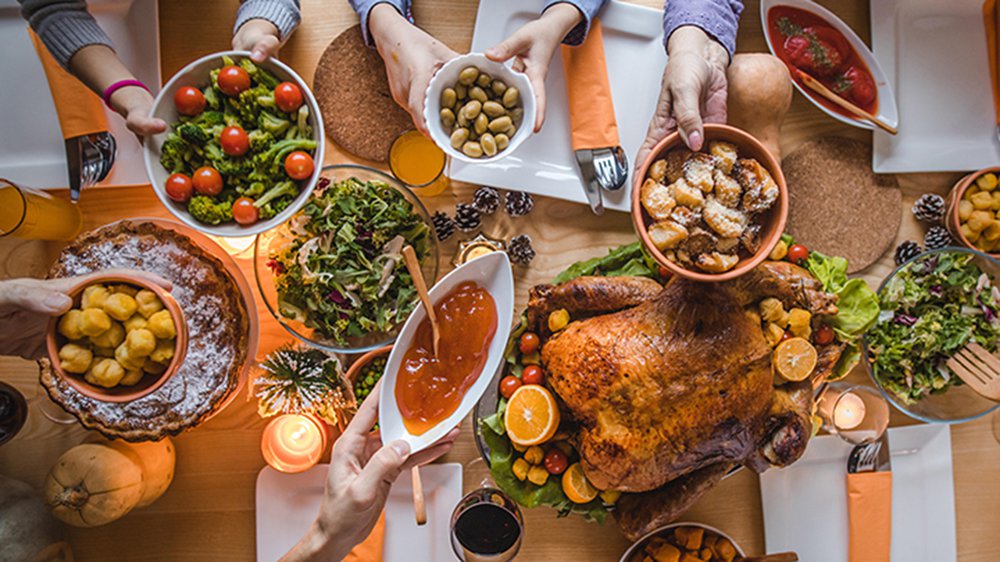 In November 2000, Bill Shepherd became the first Americans to have Thanksgiving on board the ISS. While he was the only American, he was not a lonely one because his Russian colleagues joined him as well. Since then many other astronauts have carried on the tradition of Thanksgiving in space with small and select gatherings.

A total of 34 Americans have spent the holiday on the station, and in the spirit of things shared by their international team of colleagues as well. After all, everyone needs the chance to enjoy some irradiated smoked turkey and thermo-stabilized yams, right? Mmmm, space food! Some expedition crews have been extra lucky as special Thanksgiving food deliveries lined up with existing launch schedules, allowing for some fresher Earthly goodies to occasionally be a part of the big meal.

Other traditional offerings are occasionally made possible, too. Like in 2016 mission control transmitted some live football games up to the station for some post-meal micro-gravity couch time. Oh, and don't forget the family! The ISS astronauts not only chat with their families, but it’s become tradition to beam down a holiday message for the rest of us in the larger human family as well.

While all the International Space Station turkey day is fun to think about, we can't do a piece on Thanksgiving in space without giving mention to some other space turkey moments. In 1973, NASA astronauts became the first to have Thanksgiving in space on board SkyLab. Beyond that there have been a handful of other Thanksgivings in space thanks to various shuttle programs. Here's a blog from NASA highlighting all of these memorable festive Thanksgiving moments. It's totally worth a look before you gather for your small and select gathering this year. (It has some great conversation starters if you want to avoid those previously mentioned political conversations!)

So whether you're having thermostabilized yams or some more traditional home cooked food, from all of us to all of you Happy Thanksgiving!

Question Your World: What Are The Numbers Behind Thanksgiving?

Cooking With Chemistry: The Science Behind Your Thanksgiving Meal