See the earliest creatures of the Triassic Period to the monsters of the Cretaceous in this captivating adventure of science and discovery.

Dinosaurs Alive Is a Global Adventure of Science and Discovery, Reincarnating the Earliest Creatures of the Triassic to the Monsters of the Cretaceous – Life-Sized and Life-Like.

Dinosaurs Alive brings dinosaurs, their behaviors and their ancient environments to life on screen as never before seen. See stunningly realistic and scientifically accurate computer generated imagery (CGI) as these great creatures of the past are brought roaring to life.

Join renowned paleontologists from the American Museum of Natural History as they uncover new fossils—including the remarkable discovery of what may be the oldest dinosaur ever found in North America.

Dinosaurs Alive thrills audiences with an incredible array of locations, prehistoric eras, and amazing dinosaur species. The film instills a passion for exploration, promotes a curiosity about science and paleontology, and most importantly encourages guests to become dinosaur hunters.

Dinosaurs Alive was produced with support from the National Science Foundation in collaboration with the Museum Film Network, the 3D Film Interest Group, and two prestigious museums: the American Museum of Natural History and the Maryland Science Center.

Groups can add a Dome feature to their visit for just $4 per person. Click here to learn more about our Group Visit Policies.

This feature is recommended for grades 3 – 8 and corresponds with the following SOLs:

Looking to connect Dinosaurs Alive to your curriculum? Check out this educator's guide for some ideas! 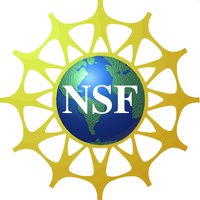 Question Your World: What Can Dino Dandruff Teach Us?

Question Your World: What Did We Just Discover about Tyrannosaurs?