Question Your World: Can Technology Let Us Communicate Using Only Our Thoughts?

When people think of the future they often dream up some remarkable upgrades. For a long time now we've seen different visions of the future involving flying cars, teleportation, and so on. Science fiction often also shares ideas on potential future human and technology mergers, too. While those ideas make for good details in stories, there is a real application for future technology to consider as well. Can technology let us communicate using only our thoughts?

ScienceMuseumofVA · Question Your World - Can technology let us communicate using only our thoughts?

Merging technology into the human body may sound like science fiction, but it happens all the time! There’s common-place technology like hearing aids, pacemakers, some forms of birth control, contact lenses, and many other examples of technology physically being used within our bodies. But what about the most mysterious part of our body, the brain?

Messing around with the brain is tricky because of the potential dangers of disrupting the incredibly vital functions it serves for basically every single moment of our lives. In the past we’ve shared news about a breakthrough where paralyzed individuals were able to operate a tablet and use their thoughts to point and click options, including gaining access to the internet. That was a pretty remarkable achievement, and now we have another big brain interface breakthrough to share. 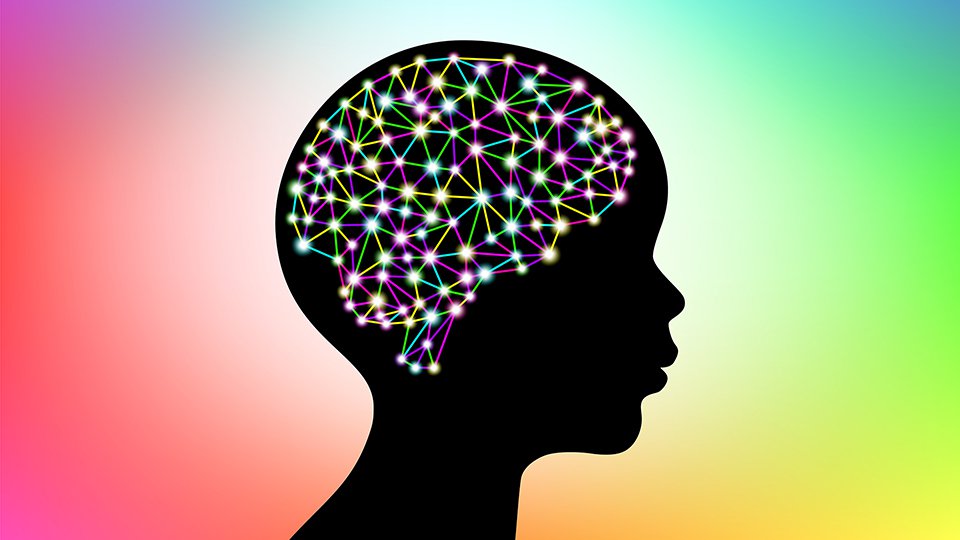 Recently a team of researchers announced results from a new technology on which a paralyzed man was able to type with 95% accuracy just by imagining writing letters by hand!

The person who volunteered for this study had lost the use of his arms and legs from an accident. Electrodes were surgically implanted near the motor cortex, the part of the brain that controls movement. Then a computer monitored the electrical activity in his brain as he imagined individual letters being written on paper. Over time, the computer learned to decode each unique pattern of activity correlating with various letters of the alphabet and several symbols, too!

The computer essentially learned what the electrical activity looked like for the letter C verses B, or D, or H, and so on. Previous versions of this technology had participants use their thoughts to point and click to letters on a screen, but this new brain interface will allow direct typing of letters, which ultimately allows for forming words and sentences.

These researchers hope that this process can become more efficient to get it closer to being a practical reality. Future applications of this technology could be a game changer in how some disabled individuals communicate with the world around them. A friendly reminder that with science some pretty amazing breakthroughs are possible, especially when you put your mind to it.

Question Your World: How Can an Artificial Pancreas Help Manage Diabetes?