When it comes to scientific innovation, there is a fine line between success and failure. Many of the brilliant discoveries and inventions we know today were the result of accidents and mistakes. Failure doesn’t have to be a negative, and in the cases of the following inventions and discoveries, our world is a better place because things didn’t go as planned.

In 1856, 18-year-old chemist William Perkin was tasked with creating a synthetic version of the anti-malaria drug quinine. He combined oxidized aniline and toluidine, but instead of creating quinine, a black sludge formed in his flask. When Perkin cleaned out his flask with alcohol, he noticed that the sludge dissolved into a beautiful light purple color that dyed his silk cloth. Previous dyes were expensive to produce as they were made from natural materials such as insects, mollusks and plants. Perkin’s purple dye was the first commercially reproducible synthetic dye.

Perkin quit the medical field, opened a dyeworks and renamed the dye mauve to make it marketable to French designers. While Queen Victoria famously wore a dress dyed mauve to her daughter’s wedding, Perkin’s mistaken discovery had far greater impacts than that of the fashion industry.

In the late 19th and 20th centuries, microbiologist Paul Ehrlich used Perkin’s aniline dye and methods of production in his own work in immunology to stain tissues for targeted treatments. Popularly referred to as “magic bombs,” Dr. Ehrlich was able to treat many previously fatal diseases, and he was eventually awarded the Nobel Prize. One of Dr. Ehrlich’s magic bombs, Neosalvarsan, was the leading treatment for syphilis until the 1940s when our next invention was mistakenly discovered. 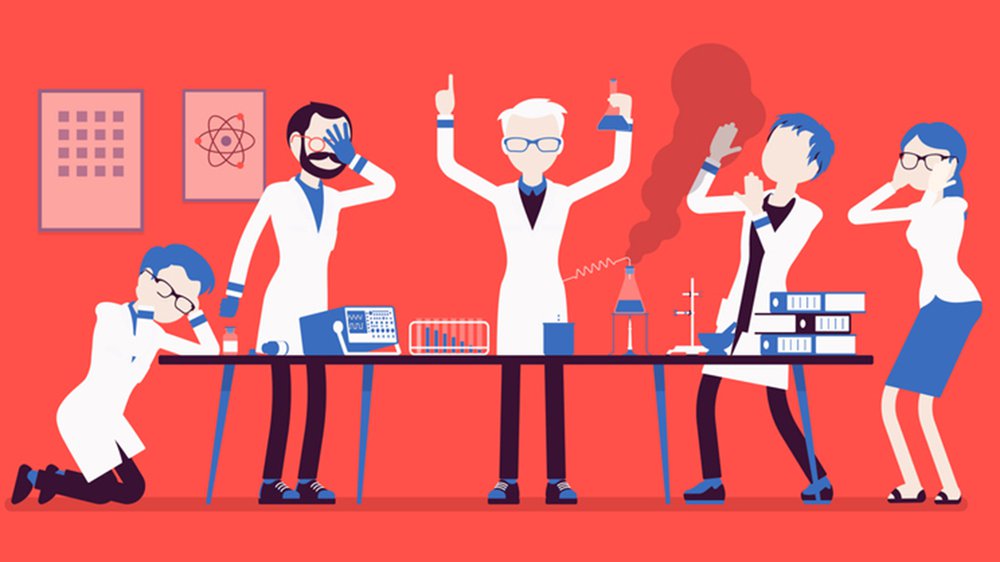 One of the more famous mistaken inventions was caused by untidy work habits. In 1948, physician Alexander Fleming was studying the staphylococcal bacteria before he went on vacation. He failed to clean up his petri dishes before he left. When he returned to his lab, one of the uncovered petri dishes that was left by an open window was contaminated with mold. Upon closer inspection, Fleming noticed that the bacteria near the mold was dying. This new antibiotic, penicillin, was--and still is--the most effective treatment for numerous bacterial infections and replaced neosalvarsan as the leading treatment for syphilis.

Fleming was able to save countless lives due to an unkempt laboratory and a contaminated petri dish. As he is quoted as saying, “One sometimes finds what one is not looking for.” But good thing he had the curiosity to look closely at what happened in that dish when he arrived home!

As with most machinery, parts wear out and need to be replaced. Usually when you swap out the wrong part, you don’t mistakenly revolutionize the world of cardiac medicine, but that’s exactly what Wilson Greatbatch did in 1956.

While designing and testing out a device to record the heart’s rhythm, Greatbatch switched out a faulty resistor. However, he grabbed the wrong size and when he plugged the resistor into the circuit, his device began emitting electrical impulses instead of just recording them. Greatbatch realized his device could help an unhealthy heart by sending electrical pulses, or shocks, to the heart to help it regain its rhythm.

His pacemaker was first implanted in a human patient in 1960, and there are currently around three million people worldwide who use a pacemaker. Countless lives have been saved and extended due to Greatbatch’s fortuitous error. "Nine things out of ten don't work,” Greatbatch once said, but “the tenth one will pay for the other nine.”

The next time you come up with the wrong answer, forget to clean up or grab the wrong part, go a little easier on yourself. If you stop to think about how the failure of your original task could be the success of your next one, you may just end up being known as a brilliant scientific innovator!

What Do Women Scientists, Conditioning Techniques, and Rats Have in Common?