Historical Artifact or Scientific Innovation? Daguerreotypes Are Both!

While the Science Museum of Virginia isn’t a collections-based institution, we still have a robust assortment of objects, each with an interesting story to tell. While an image of a lady might not seem like an artifact worthy of being in a science museum’s archives, the subject doesn’t have the science connection … the piece does, revealing the important impact photography has had on science.

Did you know that there are more than 150 photographic processes? And by that, we mean the chemical process used to capture and develop an image. One example you might know is a cyanotype, or what is commonly referred to as “blueprints.” 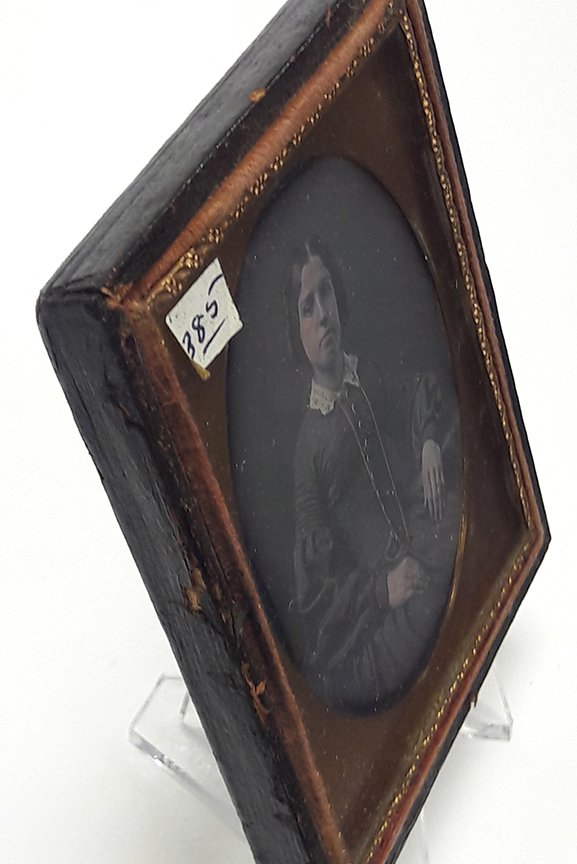 Photography as we know it stems from the inventions of Frenchmen Joseph Nicephore Niepce and Louis Jacques Mande Daguerre in the 1830s. While Niepce is credited with taking one of the first photographs in history in 1826, Daguerre invented the first commercial photographic process, called the daguerreotype (pronounced duh-gair-uh-tahyp), in 1839.

Utilizing a chemical reaction, Daguerre was able to consistently capture a highly detailed and long-lasting image on a copper plate in a matter of minutes. As a result, daguerreotypes, which were mostly used for portraits, became very popular in the 1840s and 1850s. They were almost always concealed in a case for decorative as well as protective purposes.

The technology behind these early photographs consisted of five steps: (1) coating a copper plate with silver, (2) exposing it to iodine fumes (later bromine and/or chlorine), creating a layer of silver iodine which is sensitive to light, (3) using a camera to expose the plate to light to capture a specific image onto the plate itself, (4) developing the latent image using mercury vapor, (5) fixing the image, permanently, onto the plate by dissolving the unexposed silver iodide using salt.

To see the process in action, here’s a detailed step-by-step look at how daguerreotypes are made: https://www.youtube.com/watch?v=DAPgdo5H7ZY. 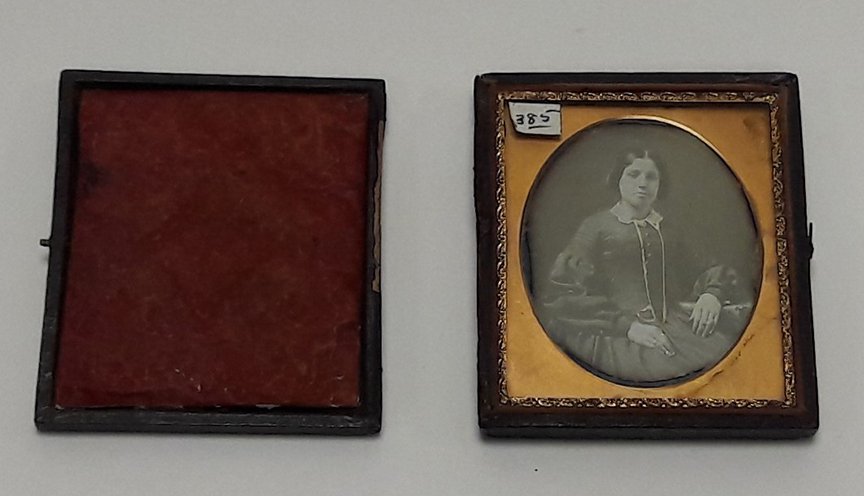 This portrait from the Museum’s collection is a typical example of a daguerreotype from the 1850s, easily identified by its mirror-like surface. While no information is known about this unidentified woman, the detail of the image shows us a great deal. Notice her jewelry: in addition to the rings on her fingers, she has a chain around her neck, most likely attached to a pocket watch discreetly tucked away. This is typical as author Sarah Kate Gillespie notes in her book “The Early American Daguerreotype: Cross-Currents in Art and Technology,” because the high price tag initially made the daguerreotype prohibitive for many, keeping early photographic portraiture in the realm of the upper middle class.

While daguerreotypes create impressively detailed portraits (they can be enlarged 20-30x, something difficult without an extremely high megapixel camera), they weren’t only used for images of people. Daguerreotypes also contributed greatly to today’s scientific understanding by playing a big role in capturing astronomical objects.

John William Draper, a doctor and chemist, took a daguerreotype photograph of the moon in 1839 from a rooftop in New York. Draper later collaborated with astronomer William Cranch Bond to produce a daguerreotype of the star Vega in 1850. In 1854, William and Frederick Langenheim made the first sequential photographs of a total eclipse of the sun visible in North America, and seven of the daguerreotypes still survive.

As the industry grew, cheaper and faster photographic processes were developed, causing the daguerreotype to be superseded by the wet collodion process around the 1860s. 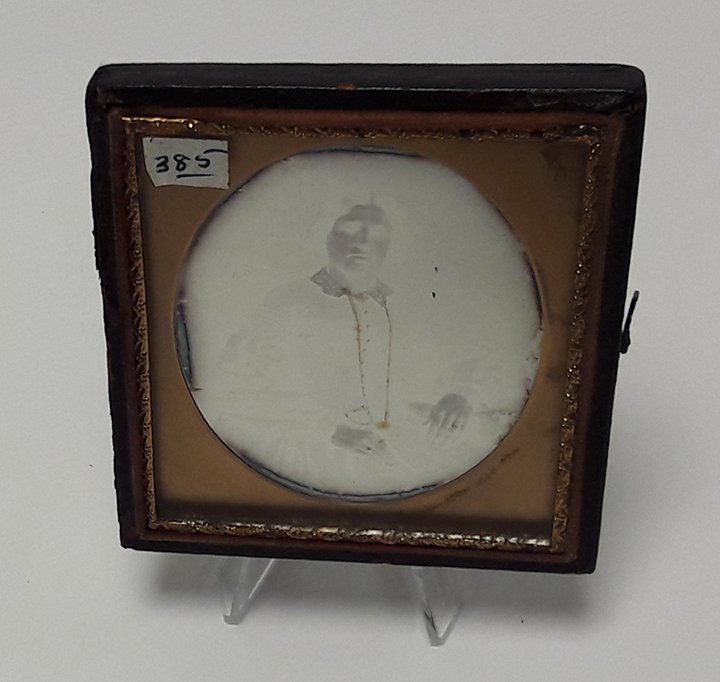 But, while the processes have changed and technology has improved, daguerreotypes still hold interesting scientific secrets. While nanoscience and nanotechnology concepts are more recent than daguerreotypes (physicist Richard Feynman presented his nanotechnology idea at an American Physical Society meeting in December 1959), scientists are using the newer tech to study the older tech.

In 2019, a team of scientists published a paper about the discovery that the unusual optical effects of daguerreotypes are due to the presence of metallic nanoparticles in the plates.

"Daguerreotypes, unlike other types of photograph, rely on light scattering by metallic nanoparticles to create an image that projects off a reflective silver substrate," the authors wrote. "The balance between the light scattered by the nanostructure and the specular reflection on the substrate creates the bright and dark tones, respectively, with the behavior of the midtones depending on the density of the nanostructures."

While Joseph Nicephore Niepce and Louis Jacques Mande Daguerre may not have had any idea about nanotechnology when they created daguerreotypes in the 1830s, the scientists studying the nanoparticles today said daguerreotypes can be considered the first realization of plasmonic color printing. Future technology utilizing the same process may resemble daguerreotypes from nearly two centuries ago.

The daguerreotype in the Museum’s collection isn’t just a historical artifact, but also a scientific innovation that we are still learning from today. It goes to show what’s old can be new again!