Question Your World: How Are Scientists Helping the American Red Wolf Population?

Our landscape changes a lot based on the environment and the various things we do. Humans have caused some big changes on land, in the ocean, and even in the air. Some of those changes have impacted vast amounts of species, including in here in the southeastern part of the nation. Science and conservation are wonderful tools to help address some of those impacts. Many species have been wiped out, but with a little planning, work, and luck scientists are hoping to give some of these dwindling species a shot at a comeback. How are scientists helping the American red wolf population?

ScienceMuseumofVA · Question Your World - How are scientists helping the American Red Wolf population?

Once upon a time, red wolves used to roam the southeastern portion of our nation, including right here in Virginia. However, since 1980 the species was considered extinct in the wild. Now scientists are working to give the American red wolf a chance at making a comeback.

Four adults and four captive-born pups were recently released to a wildlife refuge in North Carolina in hopes to help propagate a healthier future for these species in the wild. These scientists are using a process called pup fostering. Yes, it's a cute science term and we love it!

The newly born pups are taken from their captive settings in a zoo and dropped off at the den of a known female wolf in the wild. This process has to happen very early in the pup's life, within the first two weeks while its eyes are still closed! 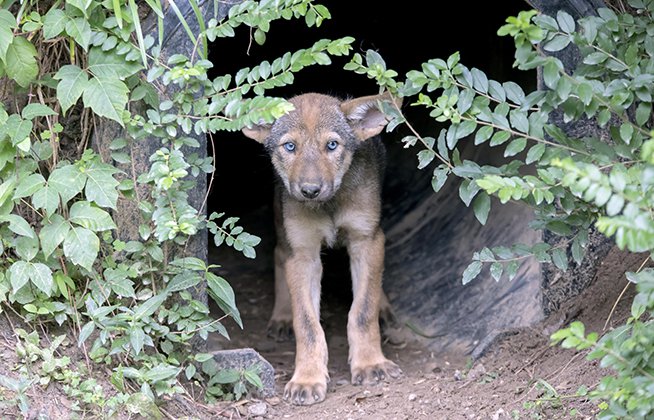 Wolves are highly social and compassionate creatures, known to “adopt” and foster orphaned pups. So, how did it go? The pups were placed outside of a den and the mother quickly relocated the whole litter to a new den, typical after any disturbance. These researchers have been tracking the wolf mom and she’s still hanging out at that new den, a great sign that she’s still there caring for the newly born pups.

A similar approach was successfully attempted in the late 1980s that resulted in the wolf population slowly growing up to 120 members by the year 2012.

Human expansion and development combined with hunters and concerned farmers protecting their crops quickly led to a lot of red wolf deaths, such that today–after the reintroduction of these eight new red wolves–the total population in the wild is somewhere between 20 and 25 individuals.

Keeping up with local conservation efforts is a great way to learn how we can ensure we don’t negatively affect scientists hard work and most of all the status of these fragile species. Folks, that’s called being wolf aware ... or as we like to call it, aware wolf!