Question Your World: How Does the Moon Impact Mangroves?

In the past, the impacts of the Moon have been attributed to far-fetched ideas like experiencing lunacy, werewolf-ism and other related myths. In reality though, the impacts of the Moon have been studied for years on topics such as animal migrations, how some trees and plants grow, and in the most common for our purposes today, the tides. Now a recently published paper is sharing some pretty cool insight on the relationship between the tides, mangrove canopy and the Moon’s naturally occurring wobble. So, let's dive into the answer to this stellar science question: how does the Moon impact mangroves?

ScienceMuseumofVA · Question Your World - How does the moon impact mangroves?

First let’s chat about this wobble. The Moon’s orbit is tilted 5 degrees from the plane of the Earth’s orbit around the Sun. That tilt is enough to cause a lot of dynamic astronomical phenomena. The Earth is not an exact sphere, and thus at varying times during its orbit, the Moon will be impacted by Earth’s non-uniform gravitational field. This causes something called nodal precession, where the orbital plane of the Moon wobbles back and forth like a spinning top.

This shift in the Moon’s orbit impacts the timing of eclipses and influences the extremes of ocean tides, pushing high tides higher and low tides lower and vice versa. This nodal precession cycles every 18.6 years, moving from one extreme to the other and back again.

Now, the other thing the nodal precession of the Moon is being linked to is the life and times of mangrove trees here on Earth! Mangroves are salt-water tolerant trees, often found along ocean coasts and inlets. These trees have roots that grow submerged in water and have evolved over time to grow even though the tides create dynamic growing conditions. 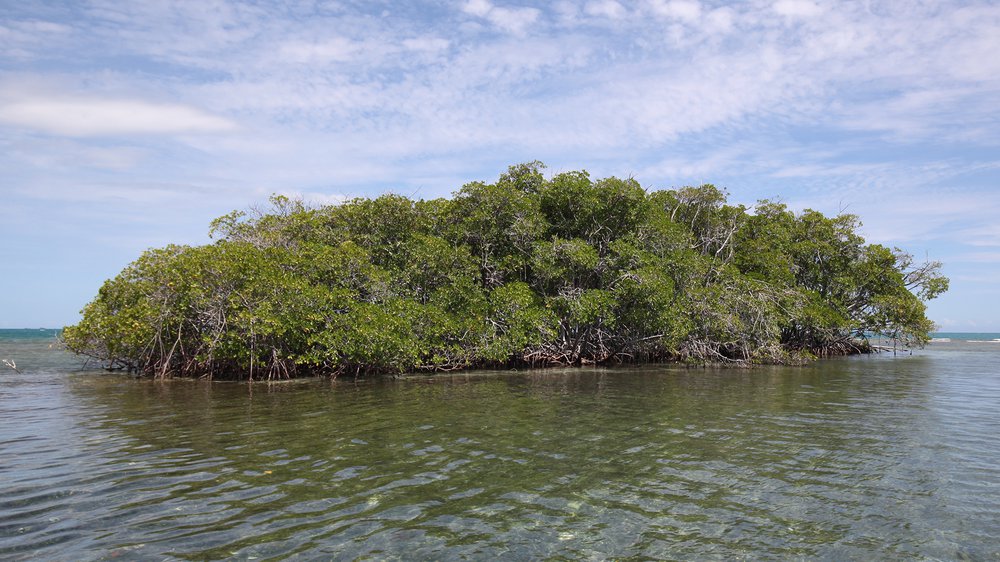 Tides and roots are at the heart of this newly published paper. Scientists looked at satellite data of some mangrove patches from 1987 to 2020 where they immediately noticed an oscillation of its canopy cover. These researchers observed the peak of canopy thickness coincided with the peak tidal phases influenced by the Moon’s wobble. On the other extreme, during the lowest tide phase of the Moon’s wobble, they observed that nearly 40 million trees had died off.

This is an extreme occurrence which is a result of the combined effect of lower tidal ranges from the lunar wobble, but also a drop in water near those particular trees attributed to the El Nino/La Nina southern oscillation, which has its own, totally different cycle (every 4-7 years or so) and different processes of bringing more or less rain to specific areas. These two aspects combined created a larger-than-normal drop in water levels at these mangroves, thus causing a substantial die-off among these trees in this particular region.

Considering that mangroves are vital ecosystems that act as nurseries for many species world wide and are important carbon sinks, this research helps shed more light on information regarding their vulnerability to extreme droughts and low tides. Currently the lunar wobble is in the low-tidal range phase. Not only is it still making news in the science world for this mangrove related research, but it's also giving scientists a chance to prepare for what could be possible when the wobble is in the higher tidal range phase.

Coastal flooding has been happening more frequently as ocean levels rise due to climate change. What will happen when the Moon is at the extreme high tidal range phase of it’s wobble? Are our coastlines properly prepared?

This study now opens the door to much more research and many more questions to ask in hopes of better understanding the relationship we share with the natural world around us here on Earth and beyond!

Question Your World: How Can We See the Bottom of the Ocean?

Question Your World: Does the Earth Really Have a Second Moon?