Question Your World: How Does Smell Really Work?

Question: How do you get locusts to detect bombs?

Every now and then we encounter a news story so jam packed with science we totally freak out in excitement! This science news involves the worlds of neural research and computer engineering.

ScienceMuseumofVA · Question Your World - How does smell really work?

A team of researchers have shared a pretty big breakthrough involving our ability to understand how locusts smell specific things. Locusts were studied to better understand what’s happening in the brain when these critters were exposed to specific smells.

Okay, for starters, let’s think about how we smell things. For example, coffee! Somewhere in our brain there is a process that happens every time we smell coffee.

These researchers were trying to figure out the same thing in locust brains. So, they started with a blade of grass and the classic Pavlov’s dog kind of thing, classical conditioning (which is the same way we get rats to play basketball at the Science Museum every day!).

The locusts were exposed to a puff of odor, then given a blade of grass. In just a few rounds of this, the locusts would open its palps (mouth parts) when exposed to the odor even without the grass! (a.k.a. bell/salivate situation). Now, if only we could apply this conditioning to something useful, like detecting bombs and explosives.

Well, they did. And there’s more cool science involved! 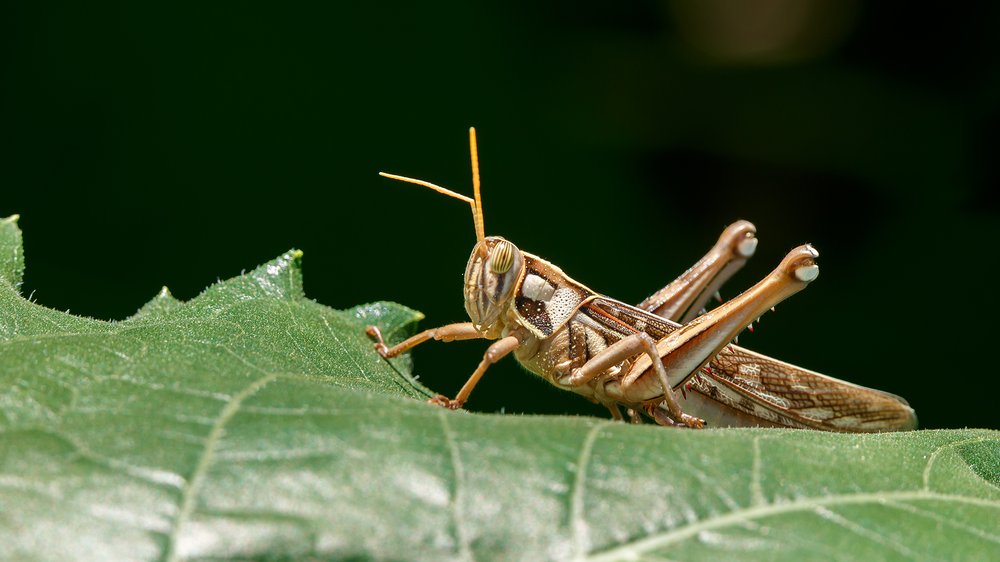 Okay, so next question here is, if we want to use locusts as bomb sniffers or we want to build artificial sniffers, what can we learn about how their brains detect specific smells under real-world conditions? To do this, one must understand the neural processes involved.

Scientists crammed a room’s worth of computational needs and got them to exist on a small chip that can physically be attached to the thorax of a locust. Then a tiny electrode goes from that chip into the locust’s brain so the neural activity can be recorded.

Using the trained locusts, and measuring their neural activity when the locusts were exposed to specific odors under different conditions—such as humid or dry conditions—the scientists were able to learn that even though different individual neurons were triggered in each experiment, the locust brain was able to detect specific smells no matter what the condition by analyzing the ratio of “on” to “off” neurons in relation to the smells experienced. Ths discovery gives researchers insight into how we might build an artificial chemical sensing system.

Additionally, these researchers are investigating developing locust robots. Previous research in this lab has already shown that by using high-tech nano-tattoos on the locusts wings—think of it like super-cool paint—they can control the insects movements when exposed to light!

As we mentioned, this is a jam packed science news story, but often times that’s exactly how science works! Many disciplines come together to create a better way of doing something. In this case, it's using locusts to detect bombs instead of humans or dogs. These lightweight insects would also be able to get into places larger animals can’t.

Much work remains, but yeah, there you go: locusts, brains, computers and nano-tech, all together in one amazing science story!