Do you remember the year 2004? Let's take a little stroll back in time, back to when Mean Girls was on the big screen, Usher’s "Burn" was heating up the Billboard charts, and the TV show Friends aired its final episode. Also, that was the last time 15 states in the US experienced the emergence of the 17-year periodical cicadas! If we move forward 17 years, that brings us to today and the process is happening again. Why will this spring be filled with cicadas?

ScienceMuseumofVA · Question Your World - Why will this spring be filled with cicadas?

This spring marks the return of the Brood X cicadas! Brood X, also known as the Great Eastern Brood, is the group that's currently emerging and also has the longest life cycle among cicadas. Cicadas do emerge every year, but this particular group’s appearance only happens every 17 years.

Here’s how it goes down: they crawl out of the ground, shed their exoskeleton, and fly around their region looking for a mate! 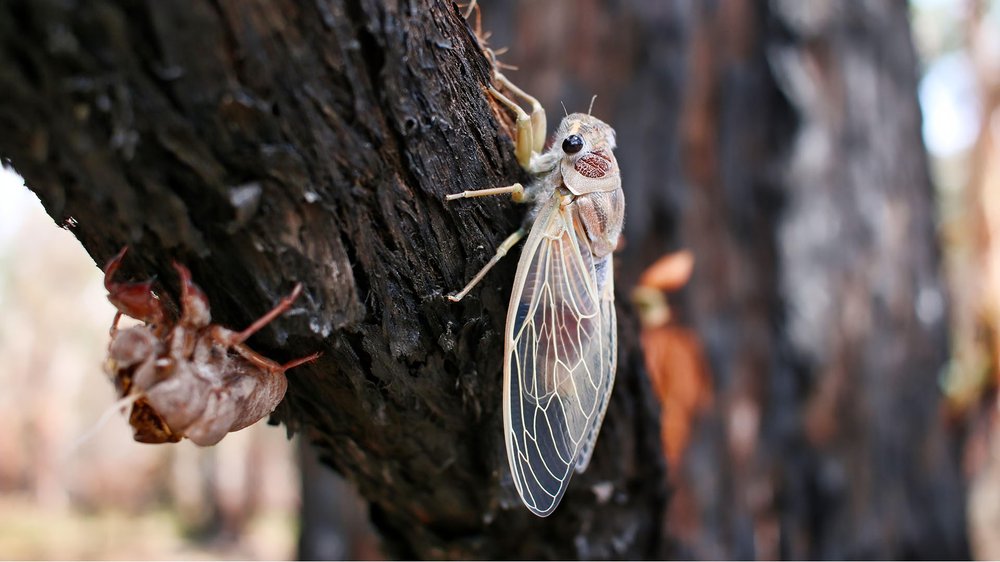 Their mating calls, made by the males, are among some of the loudest sounds in nature clocking in at a whopping 100 dB. That's about the same volume as traffic or car horns! Once successful mating has happened, female lay the eggs, and the little nymphs hatch and crawl underground to feast on plant and tree roots for nourishment. They’ll stay underground for 17 years until they are ready for their big above-ground comeback to follow in their parent’s footsteps of mating and continuing the cycle of life.

Once these cicadas have mated, they've basically fulfilled their life's mission and die off. They serve a vital function for their ecosystems by providing a feast for many animals that eat them both dead or alive, and their remains also serve as fertilizer for area vegetation. And, yes, some adventurous-eater humans also enjoy them as a low-carb gluten-free treat.

Brood X emerges in big numbers as well. There are actually billions of cicadas expected this spring. Scientists estimate there could be about 1.5 million per acre, or 34 cicadas per square foot!

Their periodic emergence and mating schedules are a unique and fascinating way to observe the intricate rhythms created by their environments and their evolution. A cicadian rhythm, so to speak!

Keep your ears peeled this spring: there's a 17-year periodic buzz in the air, science fans!

Want to look at a previous cicada emergence we covered? Check out this 2013 article on the Brood 2 emergence.

Question Your World: Are Our Lights Harming Insects?

Question Your World: How Well Do We Know Trees?