I Kept That Promise Until …

The Museum opened the immersive touring exhibition “Mental Health: Mind Matters” on February 6. A key component of the exhibition is the testimonials shared by those living with mental illness. These personal stories help end stigmas about mental health conditions while building empathy, respect, and acceptance.

There are nearly 300 mental disorders listed in the American Psychiatric Association’s Diagnostic and Statistical Manual of Mental Disorders, Fifth Edition (DSM-5). Eight of those are eating disorders. 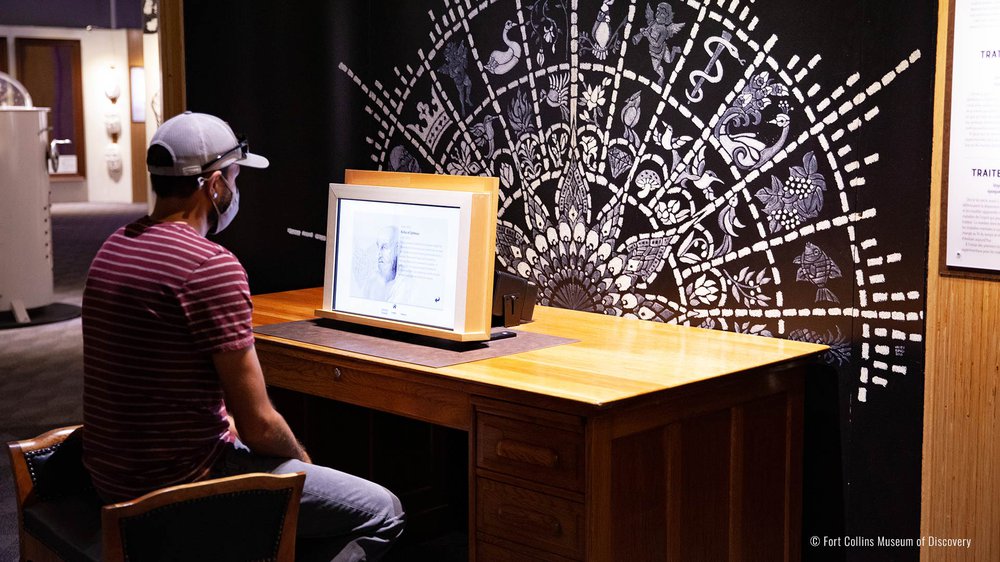 Eating disorders are serious but treatable mental and physical illnesses that can affect people of all genders, ages, races, religions, ethnicities, sexual orientations, body shapes, and weights. National surveys estimate that 20 million women and 10 million men in America will have an eating disorder at some point in their lives. According to the National Eating Disorders Association, while medical professionals aren’t sure exactly what causes eating disorders, a growing consensus suggests that it is a range of biological, psychological, and sociocultural factors.

To shine the spotlight on eating disorders by educating the public, spreading a message of hope, and providing lifesaving resources for those in need, people with eating disorders and their allies created National Eating Disorders Awareness Week. This year it’s being celebrated February 22-28.

To lend our support to efforts like this that squash stigmas and humanize mental health conditions, we invited Catherine Brown to share her story as a guest blogger. Catherine writes about mental health, parenting, the arts, and fascinating people. She is co-editor of Hope for Recovery: Stories of Healing from Eating Disorders and co-host of the podcast Eating Disorders: Navigating Recovery.

We are honored Catherine agreed to collaborate to help promote more—and productive—conversations about mental health in our community.

I’ll never, ever do that to myself, I thought as I stared at the girl walking in front of me in the grocery store. I was about 12 at the time, and she was the closest thing to a ghost I’d ever seen in real life.

She wasn’t a ghost, though. She was a high schooler from my neighborhood battling anorexia.

I had heard rumors of my neighbor’s eating disorder but hadn’t seen her around for a while. When I finally did, I couldn’t stop staring. The girl I remembered—the enviable, popular blonde who seemed to have all the confidence I lacked—was pale, gaunt, and expressionless. It seemed to take immense energy for her to put one foot in front of the other. 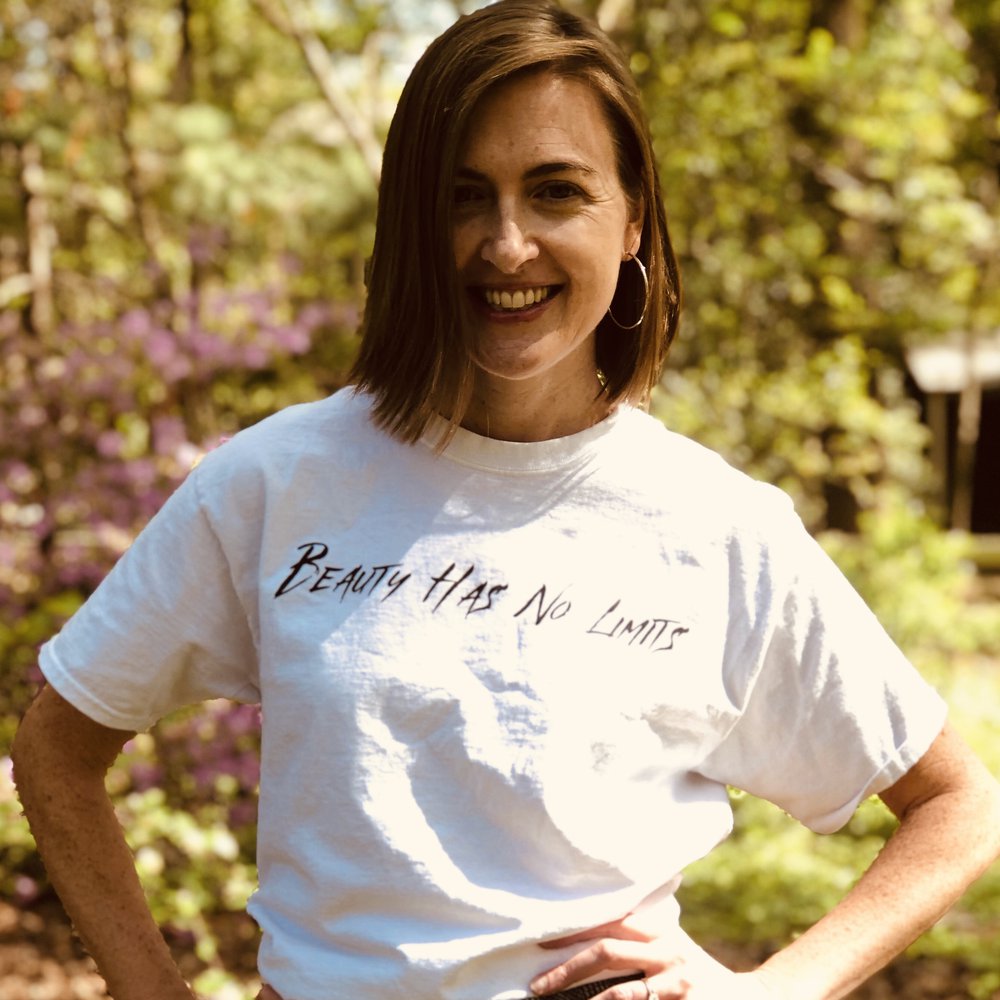 In that moment, I promised myself I was never going to harm my body that way.

I kept that promise … until I went away to college. I went to the best school I got into, and being surrounded by other well-rounded, high-achieving students felt overwhelming. My social anxiety intensified, my insecurities grew, and I felt I wasn’t enough in any way: not smart enough, not popular enough, not pretty enough, not funny enough.

After a while, I channeled those feelings into a desire to become more fit. I started running every day and restricted my diet to only foods I deemed virtuous. Within weeks, restricting and working out felt so addictive I soon forgot the promise I had once made.

Our diet- and weight-obsessed culture emphasizes the virtue associated with losing weight, and I couldn’t get enough of that feeling of having accomplished a desired goal. Every day, I would go to the gym, and the machines documenting the number of calories burned provided numeric evidence of my worth. Every night, I would mentally calculate the number of calories I had consumed and feel buoyed by my willpower and fortitude.

I became obsessed, and every minute not spent on classwork became focused on how to push my body even further with less nourishment.

That desire to withdraw and become increasingly reserved was driven partially by fear that if I interacted with other people, they might try to stop me from restricting and overexercising. Though a small part of me knew what I was doing was harmful, the thought of eating more or curbing my exercise habits was terrifying. I felt like I needed those behaviors—however maladaptive—to feel better about myself, to numb my anxieties and insecurities.

Though I felt extremely isolated during the darkest period of my eating disorder, I was by no means alone. It’s estimated 30 million Americans will develop potentially life-threatening thoughts about food and exercise. Eating disorders have one of the highest mortality rates of any mental health illnesses, a close second to opioid addiction. Every 62 minutes, a person will die as a result of complications from eating disorders.

Miraculously, with support of family and friends, I was not one of those dire statistics. In a rare moment of clarity, I decided I couldn’t continue restricting and overexercising, and I told my family and friends what was happening. After talking to a friend who had found recovery from an eating disorder, I began to nourish myself again, and over time regained elements of my personality that had become eclipsed by the eating disorder.

I lived in a state of almost complete recovery for a long time. At times, I still battled the obsessive thoughts, but, for the most part, I was able to eat and move in sustainable ways. About a year ago, though, I realized my recovery journey could evolve even more. 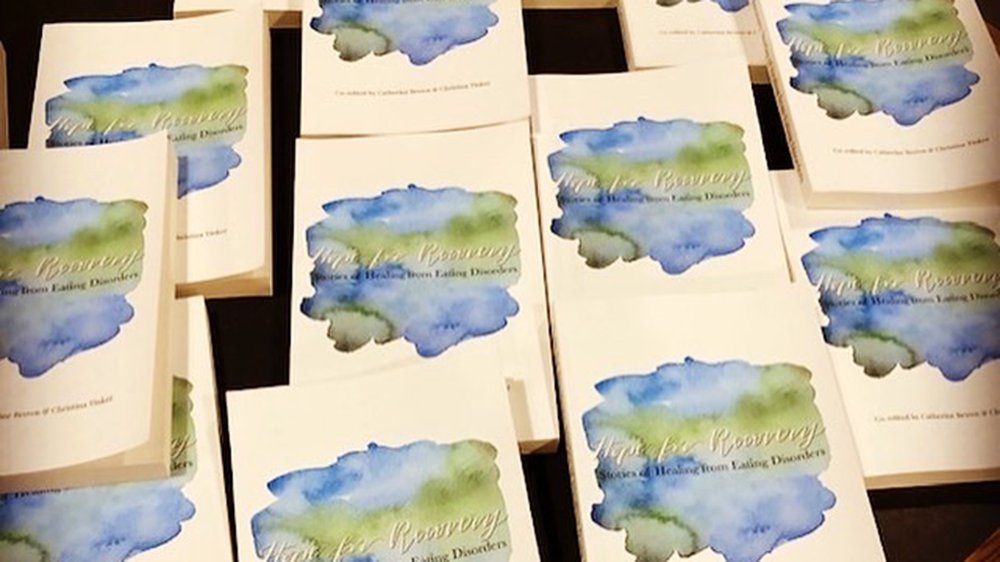 Catherine Brown is co-editor of Hope for Recovery: Stories of Healing from Eating Disorders.

That book led to a podcast I now cohost with one of the book contributors. Each week we talk to experts in the field as well as people impacted by eating disorders. In our first 50 episodes, I have learned more about eating disorders than I ever could have imagined. I’ve also made incredible connections with people who have shared experiences.

Meeting these people and talking about eating disorders has brought me to an even fuller recovery. It has helped me identify times when I am impacted by obsessive thoughts about food, exercise, and my body, and it has helped me prioritize my mental and emotional health.

Eating disorders impact a huge number of people and can be absolutely devastating for all those involved. Thankfully, there are places to turn for help. On the national level, the National Eating Disorders Association, National Association of Anorexia Nervosa and Associated Disorders (ANAD), and Project Heal provide valuable resources. Locally, Stay Strong Virginia provides guidance on finding local support groups and clinicians

If you or someone you know is struggling with an eating disorder, reach out and get help. Recovery is possible, and it is absolutely worth it.

Question Your World: How Does Running Impact The Brain?