Mutants: The Science Behind COVID-19 Variants

With the emergence of another SARS-CoV-2 variant of concern, COVID-19 cases are rising again worldwide. This may leave you wondering about what exactly variants are and how they pop up. Let’s go over some biology basics to explain virus mutations. 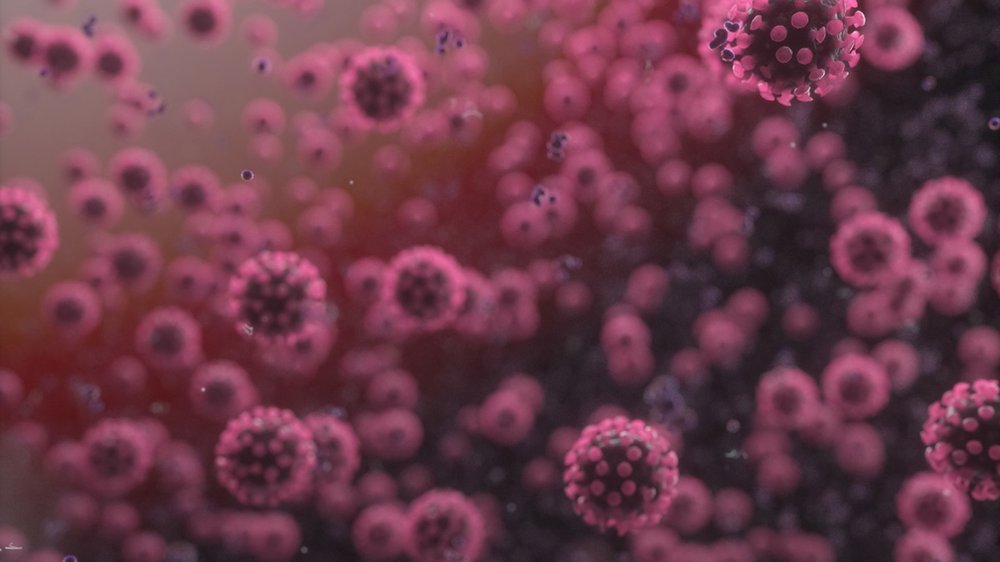 Perhaps you’ve heard someone say viruses mutate to try and harm us more effectively or spread faster, that they actively change to survive. It’s important not to give them too much credit! Viruses aren’t studying our biology or social interactions and forming a battle plan. They’re really just accident prone. And like Bob Ross suggested, some of their mistakes become happy little accidents.

A virus can’t plan ahead about what might make it survive better to be able to take over new environments. This is much like we can’t decide we’ll survive better in water if we had gills, spontaneously grow gills, go live in the ocean and pass on gills to our offspring. Instead, a series of happy accidents will provide a virus with better living conditions so that it outcompetes other versions. Variants that infect cells easily; multiply and replicate quickly; and move between hosts easily are all going to be more likely to survive better and therefore replicate more. The higher the chance of survival, the higher the chance the virus will eventually mutate. Let’s break that down.

RNA viruses—which includes SARS, influenza, ebola, polio and measles—are continually making copies of themselves. As a virus replicates, small changes can occur. These copying errors happen by the same process that results in genetic mutations in any species.

Imagine you have to recopy 1,000 books, each of which is 1,000 pages long and there’s 1,000 letters on each page. You might make a few mistakes here and there! It could happen spontaneously (you accidentally misspell a word, forget a space or put in the wrong punctuation) or they can happen because an outside influence changes things (someone bumps your arm as you’re writing or the ink runs out of your pen). Most of the time, those small changes don’t matter—you can still read a word if it’s slightly misspelled or understand a sentence if a comma is out of place—but sometimes the small changes alter the meaning of a word or a sentence … or more. Maybe the main character’s name is now changed in an action sequence, which changes the whole motivation of part of the story. Sometimes small changes do have big results.

Coronaviruses, like all RNA viruses, are constantly replicating themselves, thus making new generations. They should be exact copies, or clones, but errors or changes that happen during the copying process mean that sometimes the new virus that’s made is different. Technically every little change, known as a mutation, results in a new variant of the original.

There are millions of virus particles in hundreds of thousands of infected individuals worldwide, which means there are trillions of viruses replicating at every moment, leading to a high probability of variants all the time. We don’t even notice most of those variants, because either they don’t work well and can’t compete with other variants, or they aren’t different enough to be distinctive and get their own name.

Think about it like two pairs of jeans that are the same size, color and brand: they may have a slightly different pocket stitch but if everything else is identical, it doesn’t affect the use of the jeans and we only notice if we really look for the difference. The mutations we care about are the ones that make the jeans fit badly, feel uncomfortable or look awful.

With the SARS-CoV-2 virus, the mutations we care about are those that impact the effectiveness of medical countermeasures (vaccines and treatments); the severity of disease; and the transmissibility (ability to spread from person to person). Most of those things seem to be affected by the spike protein, the little prongs that stick out around the coronavirus sphere. The spike protein is important to the virus getting into our cells, making it look and act distinctive and serving as an important target for tests and treatments. If the spike protein mutates, then our tests for the virus may not work properly, and vaccines and treatments may be less effective.

Let’s try an example to tie this all together. Let’s say we have a simple sentence to recopy trillions of times:

It seems alarming to have many new variants, but what’s key here is that mutations aren’t due to planning on the part of the virus itself. Through a series of accidents and the nature of competition, viruses become more infectious and may evade testing or vaccines.

Viruses can mutate in a matter of hours, but the good news is scientists can observe mutations in real time and identify them quickly. So far, the SARS-CoV-2 virus is actually mutating much slower than other viruses, like influenza, which makes it scientifically possible to develop vaccines that can help us get control of the pandemic by knocking out the virus in huge parts of the population. Keeping infections low through high vaccination rates would make variants emerge less frequently. As long as large numbers of people remain unvaccinated, however, the stage is set for more viral mutations, more variants and the possibility of more serious consequences.

Kids and the COVID-19 Vaccine

Vaccine Q & A: A Boost for Boosters