What type of milk is in your refrigerator? For most US residents, it's cow milk. However, more and more people are trying plant-based milk. In fact, nearly 40 percent of American households are buying almond, soy, oat or other milk alternatives regularly to stock their fridge. In 2021, the worldwide plant-based milk market was valued at $9 billion, and it’s projected to reach $22 billion in 2030.

Whether you are udder-ly in love with cow milk or are going nuts for almond milk, here’s some science to help inform your decision on which beverage to buy!

The US Food and Drug Administration defines milk as “the lacteal secretion ... obtained by the complete milking of one or more healthy cows.” Basically, it’s the nutrient-filled liquid cows or other mammals make for their young. Hands or machines collect the milk and then it’s warmed up to kill any harmful bacteria. After that process, called pasteurization, it’s ready to consume. 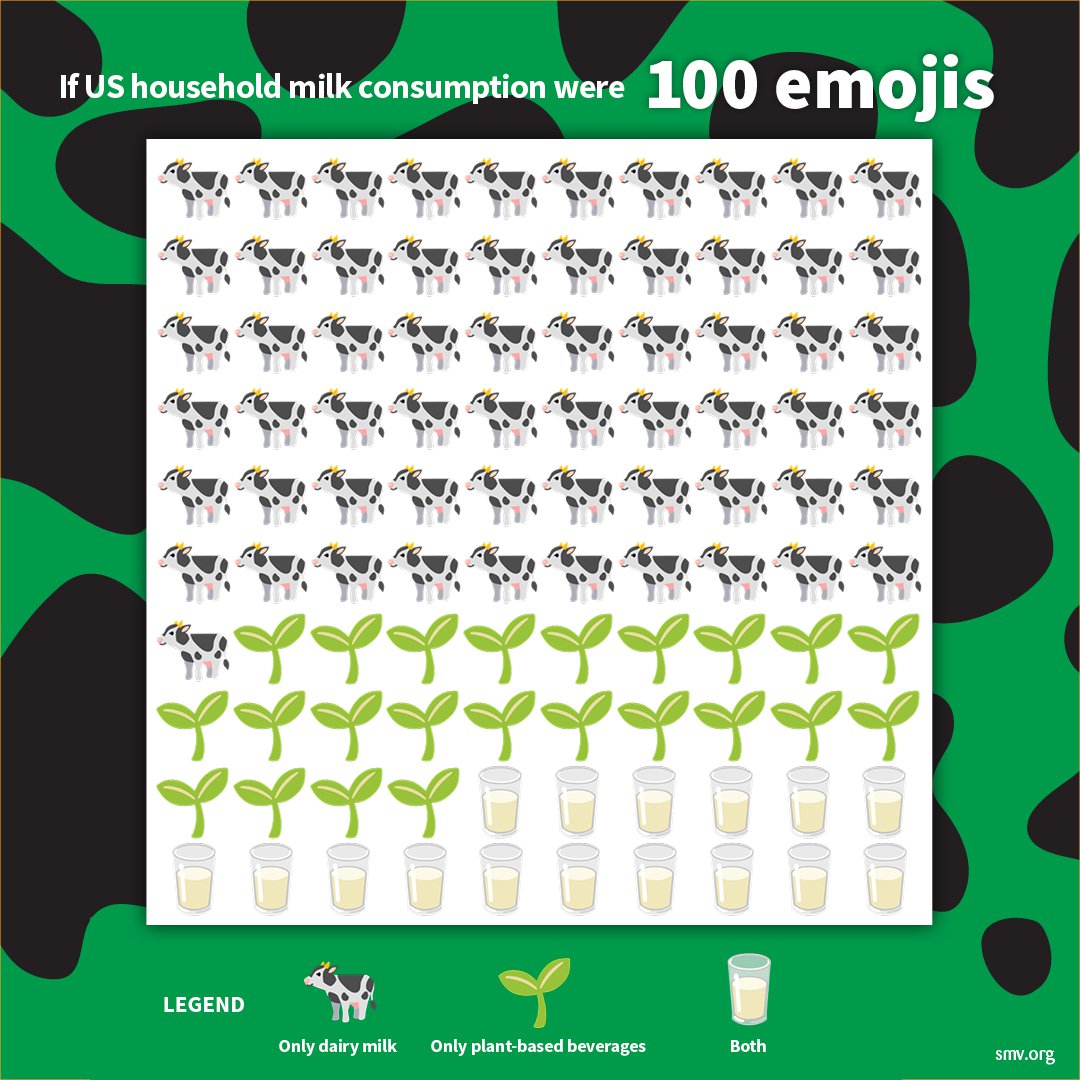 Plant-based milk, on the other hand—or should we say, in another glass—is another story. Almonds don’t make milk to feed baby almonds! Instead, manufacturers and home cooks use plant material to make the components of animal milk: sugar, protein and fat suspended in water. For each type of plant-based milk, the process looks a little different to yield a creamy taste and texture.

While sometimes associated with modern fad diets or crunchy nonconformists, cultures around the world have been making plant-based milk for centuries. The first jugs of plant-based milk were made from soy and almonds. Be sure to check out the fascinating history of plant milk in this Smithsonian Magazine article from 2018.

Drinking animal milk has an equally fascinating history that’s based on evolution and microbiology. The main sugar found in all milk is called lactose. Human babies are able to digest lactose sugar because their diet is (depending on the family) solely milk. After babies stop drinking their mothers’ milk, they can lose the ability to digest lactose entirely. In some people, that inability causes uncomfortable gastrointestinal problems.

Nevertheless, humans across the world started collecting animal milk after learning to domesticate animals. Biochemistry archeologists unearthed the first trace of dairy farming from a group of preserved cattle bones 9,000 years ago in modern-day Turkey.

Archeologists used biochemistry to test for absorbed dairy in thousands of clay pots from Europe and Asia as well as looked at ancient DNA data for the frequency of a gene that is linked to lactose digestion. They deduced that ancient humans who ate dairy products during periods of famine or disease and could digest lactose had a survival edge over people who couldn’t digest it. The lactose digesters had more children and their mutation spread to the next generation.

Today, people of European and certain African, Middle Eastern and southern Asian descent have this genetic mutation to digest lactose. In the US, about 36% of people have trouble digesting lactose. But, as you may know, it doesn’t necessarily stop people from drinking milk and eating dairy products!

Cow milk is known for being a great source of calcium and protein. Both types of milk are often fortified with vitamins and minerals for added health benefits. Many plant-based milks, which can vary drastically based on the type and brand, have similar levels of calcium as cow milk. But, in general, cow milk has more fat, sugar and protein than plant-based milk. If you want to incorporate more, or transition to, plant-based milk, pay attention to food labels and your health needs to make the best choice for your body.

No matter if your milk mustache comes from cows, soybeans, rice, goat, oats, almonds or all the above, now your glass is full of science. Sip away!

Question Your World: Does Breast Milk Impact Our Circadian Rhythm?

Question Your World: How Do Burgers Impact the Environment?