Houston, We Have a … Head Cold!

How does the saying go? The best laid plans of mice and men often go awry. Well, we don’t know about any mice heading to space, but NASA has had plans go awry when it comes to astronauts and the Moon. 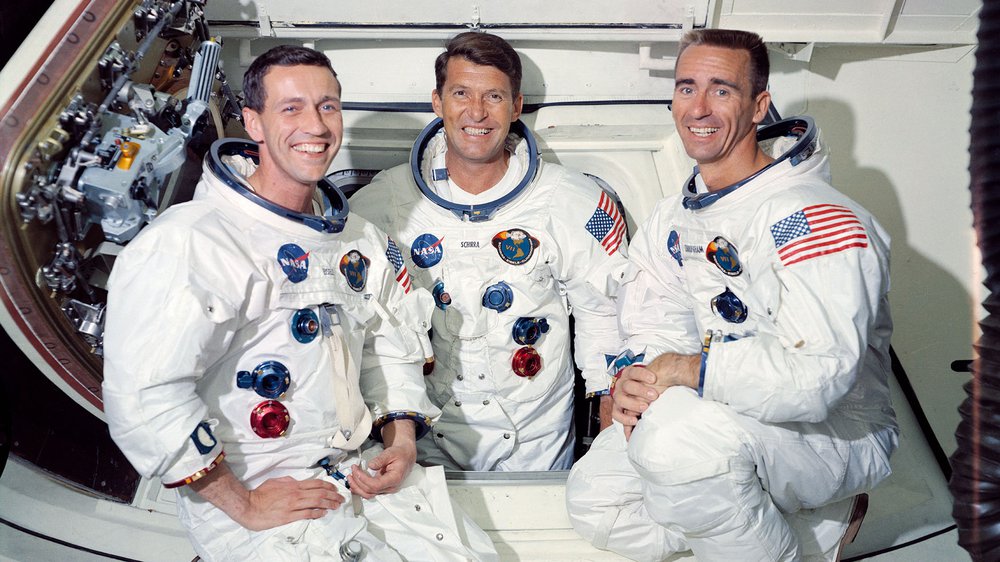 After years of planning and building, Artemis I, NASA’s uncrewed Moon-orbiting mission, was finally ready to launch in September. Sending the Space Launch System rocket and the complete Orion spacecraft into orbit will mark the beginning of NASA’s return to crewed spaceflight since the Space Shuttle program ended in 2011. But just hours before the planned launch, NASA called it off due to technical issues.

While the unexpected change of plans was disappointing for astronomy enthusiasts everywhere, it isn’t the first time NASA has had to pause launching astronauts into space. The Apollo program (1961-75) also experienced a pause following a tragic event.

On January 27, 1967, the crew of Apollo 1 (then called AS-204) was performing a launch test in the command module when a fire started in the capsule. The atmosphere inside the command module was 100% oxygen, making the fire spread quickly. Tragically, astronauts Gus Grisson, Ed White and Roger Chaffee were not able to escape the fire and did not survive despite the best efforts of the ground crew. NASA conducted a detailed investigation of the accident, and ordered an extensive redesign of the Apollo command module, which took 18 months to complete. Following successful uncrewed test flights, the first crewed mission of the Apollo program, designated Apollo 7, launched on October 11, 1968.

Besides being the first human-carrying flight of the redesigned spacecraft, there were other firsts on the 11-day Apollo 7 mission: it was the first mission featuring television broadcasts from space; the first time three-astronaut crew Wally Schirra, Donn Eisele and Walter Cunningham would fly together; and it was the first time NASA nearly experienced a mutiny in space. The trouble seems to have started with a common head cold. 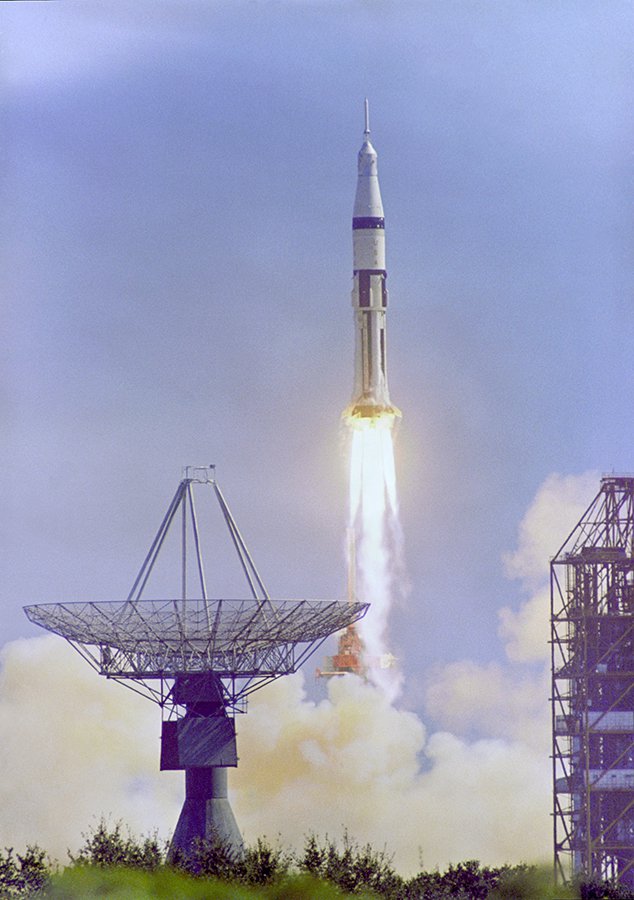 Think back to a time when you’ve had a bad cold. Can you remember how uncomfortable you felt? Now imagine you’re also in zero gravity. In space, the congestion in your sinuses can’t drain from your head like it usually would, so it stays there. You would be constantly blowing your nose very hard trying to clear your head and relieve the pressure, which can also hurt your ears. That’s how mission commander Schirra felt on the first day of the flight.

The cold combined with the knowledge Apollo 7 was going to be his last mission with NASA made Schirra not hold back when expressing displeasure to mission control. Very soon, Schirra’s head cold as well as his tendency to be noticeably irritated, quickly spread to the other two crew members. Apollo 7 became notorious for the crew’s numerous testy exchanges with mission control throughout the flight, but the situation really came to head (sorry, we have to sneeze, we mean squeeze, that one in there!) with an argument about helmets.

Despite taking decongestants that were on board, the three sick astronauts were all concerned about what the pressure in their sinuses might do to their ears if they couldn’t blow their noses during descent. Mission control insisted the crew wear their spacesuit helmets during re-entry as required by NASA procedure, but this would have made blowing their noses impossible.

As the mission commander, Schirra felt he was responsible for the safety of his crew, and refused mission control’s instructions. The helmets stayed off. Fortunately, the crew splashed down safely on October 22, 1968. NASA leadership wasn’t exactly pleased, but no official action was taken against the crew for their insubordination.

As he planned, Shirra left NASA after Apollo 7, and among other things, became a spokesman for Actifed, the decongestant the crew had used on the flight. In commercials, he said he had avoided sneezing in his space helmet, though he credited the decongestant rather than the fact that he wasn’t wearing his helmet in the first place!

Despite plans going slightly awry, Apollo 7 was considered a successful mission as it accomplished most of its objectives. Feedback from the prickly passengers helped NASA recognize the stresses spaceflight can place a crew under, invaluable data that would help put humans on the Moon less than one year later.

Luckily for Artemis I, there are no passengers, so of all the obstacles that could prevent it from launching during its next target window in November, a head cold won’t be one of them!

Question Your World: How Does the Moon Impact Mangroves?