Love is a Battlefield

Pat Benatar said it best, love is a battlefield. For whatever reason, Valentine’s Day has become associated with activities of the intimate variety, and everyone seems obsessed with finding love, romance, or at least a bit of quality time with that special someone.

Humans will use a wide range of tactics to try to ignite a spark, but we crafty homo sapiens aren’t unique. All kinds of critters in nature use similar strategies to kindle the romance with that special someone. In honor of Valentine’s Day, here are five of those strategies animals and humans have in common. 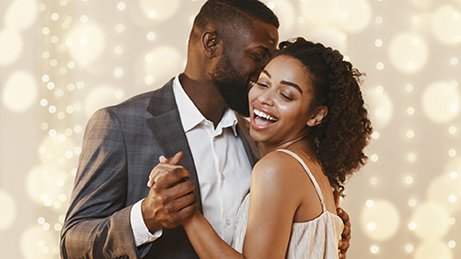 Be a good dancer

There is a well-established correlation between perceived physical attractiveness and dancing ability. Hopefully your moves on the floor are more Rihanna than Kevin James in the movie Hitch because there’s a good chance they’re being used by the object of your affections to size up your appeal.

Male peacock spiders and birds of paradise are well known for their colorful mating dances. If all goes well, a female of their species will be sufficiently impressed by what she sees, and will choose to stick around. But if she thinks his moves aren’t quite up to par, he can find himself with no satisfaction while she moves on to a male with some better dance skills.

Maybe to impress that special someone, you might go so far as to build them a beautiful home. Louis XV of France built a lavish home called the Petit Trianon for his favorite *ahem* lady, Madame de Pompadour, in 1762. (side note: there’s no word on what the queen felt about all that!) Unfortunately for Louis, Madame de Pompadour died before it was completed.

In a similar case, Dobryd Castle in England was built by a wealthy mill owner out of love for a woman who worked for him. When he asked to marry her, she agreed, but only if he agreed to build her a castle. One imagines this may well have been a tactic to get this guy off of her back about the whole marriage thing, and if it were, it actually backfired. He really did build her a castle, but she sadly died within a few years.

The grand domicile tactic is also used by male bowerbirds, who will build and lavishly decorate nests to attract females. Unfortunately, this often involves using trash humans have left lying around, like plastic bottle caps and straws. If the lady bowerbird is sufficiently impressed, she will come into the nest and decide to stay, in which case the male bowerbird’s efforts have paid off. If not, she will fly off to see what the guy next door has built to impress her.

Give a pretty rock

Ok, this seems like an obvious one for humans, and there have been some pretty major displays of this practice. For example, Philip II of Spain gave the La Peregrina Pearl (a massive specimen clocking in at nearly 59 carats) to Queen Mary of England as a bridal gift. A few centuries later, it was given to Elizabeth Taylor by Richard Burton. But there is more than one kind of rock!

Male Adelie and Gentoo penguins will seek out the smoothest and prettiest rocks they can find to try to impress the ladies. Penguin dudes will leave no stone unturned to find the best ones, and will actually steal from one another or even engage in bloody fights over the prettiest pebble they can lay their beaks on. Once a male penguin has shopped around for his pebble, he will take it to a single lady penguin. If she’s taken with the gentleman’s gift, she will drop the rock in her nest and the two of them will go on about the business of nesting and making some eggs. 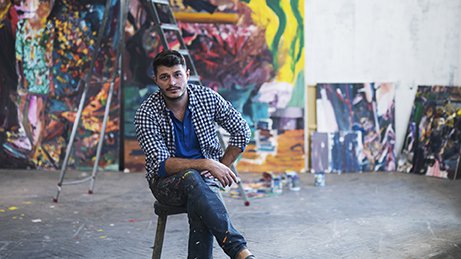 Art and romance have a very long history, and many artists had very active love lives. For example, in addition to being an icon in so many ways and a brilliant artist, Frida Kahlo was irresistible to many men and women. The ladies were very fond of Pablo Picasso and he was fond of them, using many of the women he was involved with as subjects for his artwork.

For many years, some undersea artwork was a mystery to divers of the coast of Japan, who would find large, elaborate circular designs nearly 7-feet wide on the seafloor and have no idea what was making them. It turns out they are the work of male pufferfish who labor for weeks to create intricate geometric patterns in the hope that a lady pufferfish will be intrigued enough by the artwork that they will come inside the circle and hang out for a bit to lay eggs. The male will then swim over and fertilize them externally, and the female will swim off.

Be a Good Singer

Let’s face it, lots of people find singers attractive. Freddie Mercury radiated magnetism that many couldn’t ignore because he could belt out a difficult and complicated tune like almost no other human. Complicated tunes also help animals like the Tungara frog and humpback whale hook up with that special someone as well.

Male Tungara frogs that have the most complicated songs are more likely to attract a female than guys who keep it simple, but there’s a significant trade off. The more complicated singing makes a lot of ripples in the water. Bats think Tungara frogs are very tasty, and they can use echolocation to zero in on the single male singer because of his ripples. So these guys belt it out at their own risk.

Male humpback whales also sing long and complex songs to attract the ladies, and some males will even steal songs from other males and perform a cover version in the hope that a female will be suitably impressed. If she’s a fan of his vocal talents, things work out from there. Please note: your results at the karaoke bar may vary.

In closing, no matter what tactics you employ and who the object of your affection might be, just remember that these examples from nature seem to suggest that making a good plan and sticking to it is a great way to at least have a shot at love, whether it’s long term like a Gentoo penguin, or keeping it casual like a pufferfish.