Spring Means Allergies, and Fido May be Sneezing, Too!

Hi everyone! It's Dr. Hoffman here, the climate scientist at the Science Museum of Virginia. It’s officially spring time in central Virginia and we all know what that means: longer days...Gesundheit! warmer weather...Gesundheit! and beautiful blossoms...Gesundheit! For some of us here in Richmond, spring also means seasonal allergies.

More than 50 million Americans suffer from some sort of seasonal allergy with symptoms that include coughing, sneezing, itchy eyes and a runny nose. Allergies are caused by our immune system launching attacks on otherwise harmless substances: pollen, dust, pet dander or peanuts, to name a few. This attack induces the release of histamines, or naturally-occurring chemicals in our bodies, that increase blood flow to the affected areas and are what ultimately cause those bothersome symptoms.

You might be too caught up in nose sprays, allergy pills and piles of tissues to think about how allergies impact other species. But, what about our pets?

To answer that question we turned to Dr. Lynn Schmeitzel, a veterinarian at Virginia Veterinary Centers who specializes in animal allergy and dermatology.

According to Dr. Schmeitzel, about 10 to 15 percent of dogs are affected by environmental allergies, although some veterinarians think that number is likely higher, especially in dogs with mild symptoms.

Dr. Schmeitzel says people usually bring their dogs to her office when they notice severe itching of the animal’s paws and face, which corresponds to the absorption of the pollen and mold proteins through the skin. (This is also what occurs, in part, in people with atopic dermatitis, a common skin allergic reaction known as eczema.)

The age of allergy onset in dogs is typically one to three years of age, and often starts seasonally (spring and fall) with some licking and/or chewing of the paws, scratching the face and ear inflammation. 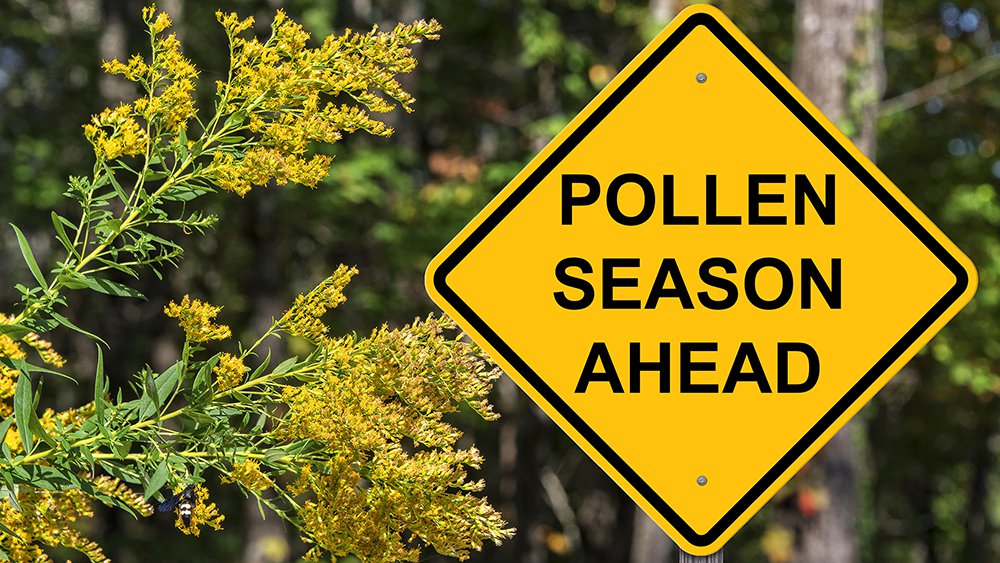 Cats often present their reactions with excessive grooming, severe scratching and a rash called miliary dermatitis that manifests as tiny, red crusty bumps on the skin near the head and neck. Some cats develop eosinophilic granuloma complex (raised ulcers/sores/swelling on lips, chin, mouth, paws, stomach or back of thighs) from environmental allergies.

Veterinary dermatologists can perform allergy skin testing in dogs and cats to determine the exact causes of the reactions. In some cases, a diet change, limiting exposure to an allergen or seasonal antihistamine treatments (like Benadryl or Zyrtec) can help. In more severe cases, the vet can provide allergen immunotherapy treatments. A customized allergy serum is mixed and administered as a shot or given orally. This treatment is used to hyposensitize – that is, lessen the immune response of – the animal to allergens.

Dr. Schmeitzel says the best way to control an allergy is to identify the allergens which are causing the allergies when pets are young, before the severe chronic changes (hair loss, thickened skin) and resistant infections develop.

But, she light-heartedly warns, there could be unexpected consequences of managing your pet’s allergies: “One of our patients had very little hair when we started treating him because of his allergies and secondary bacterial skin infection. He now has lots of hair, which the owner's complain about because he is a short-coated dog and he now sheds!”

Awwwwww: The Science of Animal Cuteness