From space, the view of the Earth is simply mesmerizing. The planet’s fragility, resilience, grandeur and loneliness encapsulated in a single image. As beautiful as our “blue marble” may be from above, the history of events on Earth’s surface has not always been described as such. Humanity has often struggled to understand itself and thus clashes have erupted over cultural differences, competition over vital resources and opposing ideologies. Here in the United States of America, views on the construct of race and the disproportionate societal impacts that accompany those views - like health outcomes, education and economic mobility - remains one of the most prolific issues of our time. So, let’s look at the construct of race through the lens of science by asking today's big question: Is “race” supported by science?

Good science relies on testable hypotheses, or proposed explanations for phenomena based on limited evidence, in order to make progress. Scientists have been studying humanity for quite a long time and now we have consensus - that is, general agreement - from a planet’s worth of experts in the fields of science, human evolution and biology to inform us about just how different we really are (or aren’t). Using non-biased research methods and the collective body of work from experts around the world we can better understand our human family. 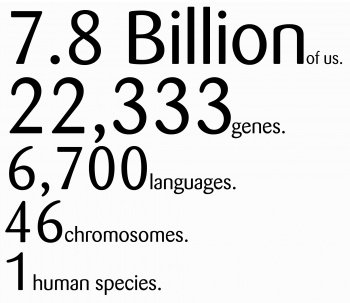 First of all, we’re about 250,000 years old. Homo sapiens – our species – first appeared on Earth about a quarter of a million years ago. Evidence from fossilized human remains and sophisticated scientific stopwatches have allowed us to not only understand our origins, but also to learn about how we migrated, when we migrated and where we migrated. We even have recently gathered controversial evidence of the environmental stresses that may have caused us to migrate out of our ancestral homeland. Fundamentally, our genetic history, as explained by mitochondrial genome research, links all present-day humans to a single maternal common ancestor – known as mitochondrial Eve – who lived around 200,000 years ago in southern Africa. Since, Homo sapiens has flourished around the world, becoming the most significant engineer of planetary change on the face of the Earth in a geologically short amount of time. 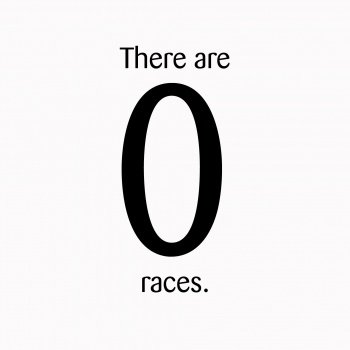 Generally speaking, we are home to 46 chromosomes. These are the thin strands of nucleic acids and protein that ultimately define us. These include the expressions of 22,333 genes held within each one of our cells. These biological building blocks form each one of us regardless of where we're from, what we believe in or even what we look like. The genes express themselves differently based on a myriad of factors, but at the end of the day each one of us comes from the same core ingredients.

How about differences between humans? Sure, there are some aspects of human life on Earth that are clearly different. Humans use about 6,700 languages and exhibit a vast spectrum of daily customs based on economics, access to technology, the climate we live in and beyond. With that said, those are all 100 percent external – or non biological – factors. Currently there are nearly 7.8 billion of us scattered all across the globe and a handful that have had some extended stays in space once in a while. This enormous population participates in different sports, political ideologies, faiths and spirituality, food and music preferences, and beyond. Again, these are all external, learned factors and behaviors, and have no implications for those fundamental aspects which make us humans at the biological level.

So, once we factor all of that in we can now get to the big question: Is “race” scientifically supported? The collective work of many experts in this field, from all walks of life, around the world agree resoundingly that there are in fact zero races. There is no such thing as race in the biological sense of the word. Homo sapiens is one species here on Earth, and any effort to organize us into categories based on hair texture or skin color is entirely subjective and arbitrary.

However, it is abundantly clear in statistics and lived experiences around outcomes related to health, housing, income, education and even numerous climate stressors that this social construct of race has resulted in disproportionately negative outcomes for communities of color relative to their white neighbors. Prejudices have been constructed over the centuries from a lack of education, lack of perspective, lack of access to information and a misunderstanding of the inherent scientific principles that guide the development and formation of literally every single human on this planet. In short, the social construct of race has had profound and predominantly negative impacts on the lives of generations of black and brown communities while generally benefiting the majority of white communities.

We truly are one giant human family trying our best to progress standards of living, better understand our natural world and – hopefully through logic and dialogue – attempt to better understand one another. This may enable us to build necessary bridges toward equity.

Science shows us that there is no such thing as race, so how are we working to remove this social construction from our daily lives?