“Once you start down the [maker] path, forever will it dominate your destiny, consume you it will.” – Yoda [kinda] 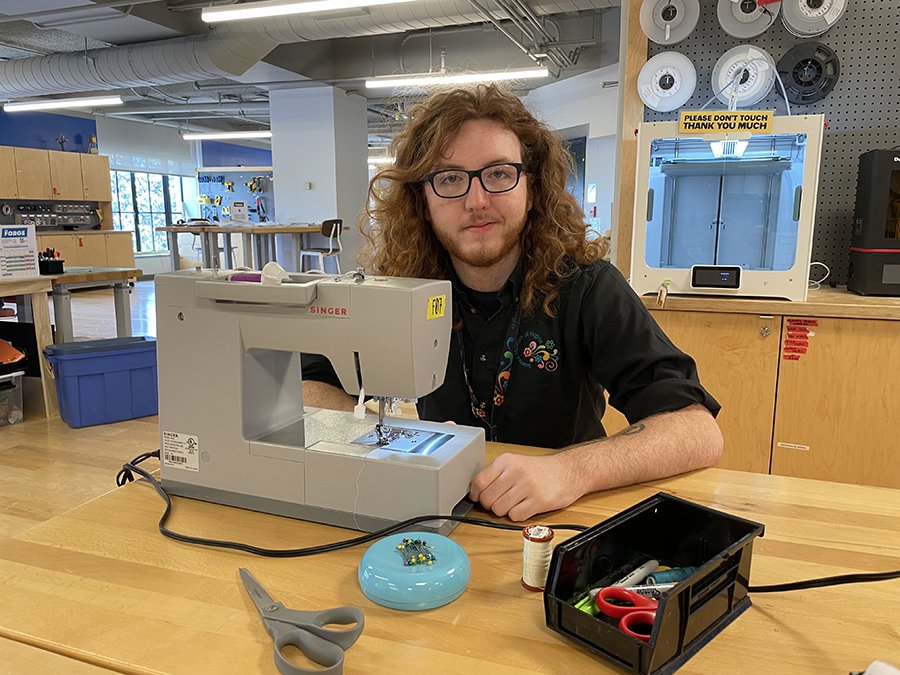 A long time ago, in a museum not that far away, Alex Belfield used the force to develop from a curious, impressionable teen into a masterful maker who’s leaving an impression on others today. The circle is now complete!

Alex learned to 3D print in The MiX, the Science Museum’s makerspace for teens, and with those skills, constructed a full cosplay outfit from the Star Wars franchise for a convention. Today, Alex teaches others how to make the ambitious projects in their heads a reality at the Science Museum. No longer a guest, Alex now works in our community makerspace The Forge. Recently, he’s been getting The MiX ready for its reopening, something he’s excited about. 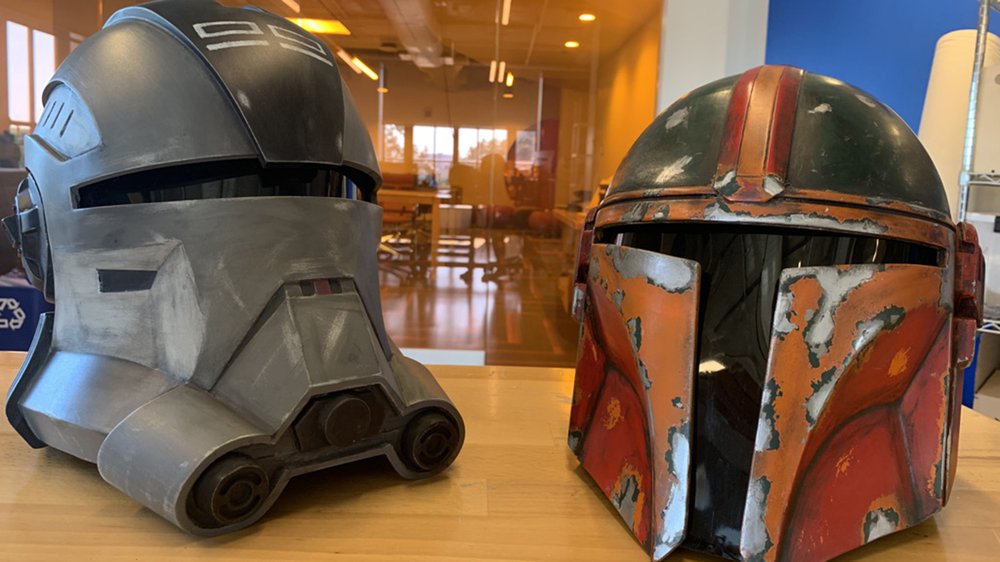 The MiX gives teens aged 13-18 an open-ended makerspace to build new skills and pursue creative pursuits. Its guiding principle is HOMAGO: Hanging Out, Messing Around and Geeking Out.

Alex is no stranger to HOMOGO. He joined The MiX in 2017 when he was 14 years old. On his first day, he 3D printed a phone stand and it amazed him. The community Alex found in The MiX kept him coming back every weekend until the COVID-19 pandemic caused the space to temporarily close. Some of the teens Alex met in The MiX have become his closest friends.

“It was as much a social space as it was a makerspace,” said Alex. “You could definitely come in and work on projects, or you could be down there to play games.”

Like many others, Alex started a pandemic project: designing and building a Mandalorian costume. He has been a Star Wars fan all his life and wanted to go all out for the next convention he could attend. When he was going to The MiX, he had experimented with 3D printing, so he bought himself a 3D printer. 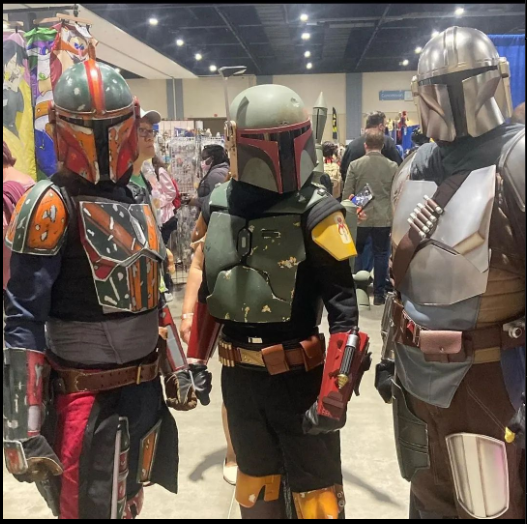 Alex joined The Forge team in October 2021. When he wasn’t on duty, he learned to sew. After months of slicing and printing parts, sanding, applying fiberglass resin, painting and sewing, his suit was ready for AwesomeCon.

Alex came back from the pop culture convention inspired to make adjustments. Version two debuted at GalaxyCon seven months later. Other attendees admired the quality of his costume. While taking a photo with Mandalorian actor Giancarlo Esposito, Esposito talked to Alex for a while about his costume and was super impressed. He said that the costume looked like the ones the stuntmen use. As Alex put it, “That photo was one of the best $60 purchases I’ve ever made.”

His fellow Forge Facilitators, some of whom used to be his MiX mentors, now give Alex invaluable advice for his next Star Wars costume: the clone trooper Echo. Alex will stay in The Forge even though The MiX has reopened, helping guests of all ages learn new skills to nurture their passions.

Alex is glad he helped prepare The MiX for a new group of teens. To those creative and innovative makers, he says, “May The Forge be with you.”

Question Your World: How Is Artificial Intelligence Used in Movies?

The Hunt for Exoplanets: One of the Most Exciting Topics in Modern Astronomy

Skin Rocks: Integuments Made Into Instruments